Skip to content
Blog- Leeds  A Day of Remembrance
FacebookTwitterPinterestLinkedInTumblrRedditVKWhatsAppEmail

In March, a group from the Leeds community visited Poland to learn about the past and remember those lost. Local TV channel, Made in Leeds has announced that the documentary about the trip will be broadcast on 9th May.

On 21st March, a group of over 230 members of the Leeds Jewish community made the emotional journey to Poland for the UHC’s Unity is Strength day trip. Over the course of 20 hours, the group saw the concentration camps of Auschwitz-Birkenau first-hand and took in the Kazimierz Jewish District, the Krakow Ghetto and Oskar Schindler’s factory.

Albert Chait, senior minister at UHC Synagogue, was the trip director. He was joined by Holocaust survivor, Arek Hersh MBE, who had been taken to Auschwitz as a young boy. He led the Kaddish during a special memorial service and Chief Rabbi Ephraim Mirvis gave an address to the group. 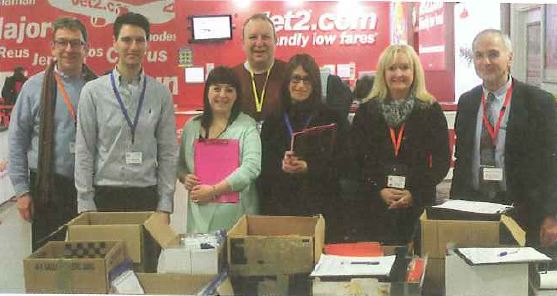 In Their Own Words

JLife’s Elliot Landy and Jane Thompson participated in the Unity is Strength visit. Here, they reveal how the trip impacted upon them.

There’s Always More We Can Do

All Creatures Great and Small

“I found the whole experience both humbling and defiant. I felt my back straighten and my head high. It was terribly emotional and I feel very privileged to have been able to take part in the visit.

My apprehension prior to this trip was huge but felt that I needed to experience this first-hand and I’m so pleased I did. I will never return to Poland but I’ve experienced something that everyone, in my opinion, should do and feel.

Alby, Arek, the Chief Rabbi and the leaders along with everybody’s support were amazing. The whole experience was planned down to the very last detail. Everything was organised that well that all we had to deal with on the day was our emotions. We got to see and physically touch the floor where poor souls slept. The saying is true: you don’t know it until you’ve walked in someone else’s shoes.

The inhumanity and the want to kill someone just because they’re a certain religion, colour or creed defies logic. Unfortunately man’s inhumanity continues to live, and we as Jewish people have a strength. It’s a defiant strength that has helped us survive. Unity is strength.”

“The trip was both humbling and extremely inspiring, a most amazing day highlighted by the address and presence of Chief Rabbi Mirvis and survivor, Arek Hersch.

Religious Jew to non-Jew, one cannot fail to be shocked by the criminality of the Holocaust. And seeing the Krakow ghettos, camps and death chambers first-hand was certainly harrowing for every single person, but in some way the visit was so uplifting as the community was united by the words of UHC senior minister, Alby Chait, the Chief Rabbi and Arek during an emotional memorial service that was followed by the shofar and kaddish.

From start to finish, this was a colossal day for Leeds Jewry and meticulously planned to get the most from the day. Well done to Alby and the UHC team for the organisation and spirit in putting on such an event and giving us the opportunity to share these events of the Second World War with others, create awareness around it, and help us pull together and ensure such atrocities can never be repeated. The Jewish race continues to rise from extinction again and again with a defiance and unity unique to the faith.

An unbelievable day that will never be forgotten.”

The documentary about the Unity is Strength trip will have its premiere broadcast at 8pm on 9th May. Made in Leeds can be found on Freeview channel 8, Sky channel 117 or Virgin channel 159. 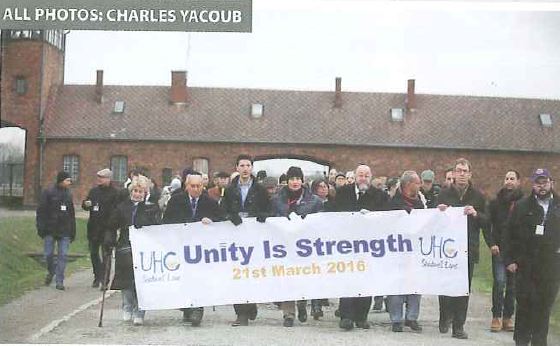