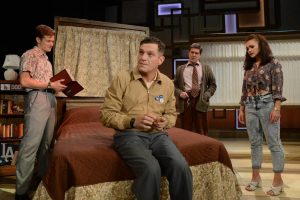 Determined to seize his slice of the family inheritance, opportunist wheeler-dealer, Charlie Babbitt, snatches his long-lost autistic savant brother, Raymond, from the institution where he lives. The story follows the journey of the two brothers embarking upon a trip across America with both men learning about compassion and humanity along the way, developing a heart-warming bond.

Curious to see how the picture of a mammoth journey from Cincinnati to LA, via Las Vegas, could be achieved without a classic 1949 Buick Roadmaster and numerous American landscape backdrops, the performance certainly surpassed our expectations. 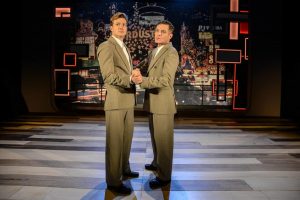 Not only was the storyline well-executed evoking the perfect balance of laughter and moving moments, the cast did a remarkable job. Special mention to Mathew Horne for his stand-out performance of Raymond, he was endearing and deeply moving throughout without distastefully milking the pathos. Sympathising with his character was inevitable during the heartstring tugging moments of self-harm defence mechanisms to tackle the stress of routine change.

Ed Speleers’ portrayal of Charlie transforming from an emotionally unavailable, selfish yuppie to a compassionate young man was handled deftly and was a commendable stage debut at that. Good support was received from the minor characters, Elizabeth Carter as Charlie’s girlfriend and Neil Roberts as the manager of the care facility, both of whom delivered strong performances.

From the first act to the last, it was easy to once again be engrossed in the storyline and the lives of these iconic characters, making a thoroughly enjoyable evening.

Bill Kenwright’s production of Rain Man is at Leeds Grand Theatre until Saturday 3rd November, and tickets are still available to buy online at Leedsgrandtheatre.com.

What’s happening across Leeds in March?

Bank on a Comedy Coming To Leeds 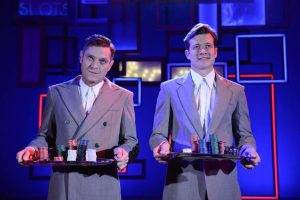 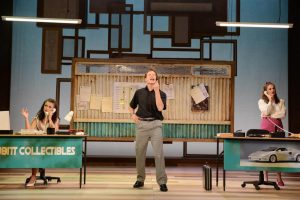 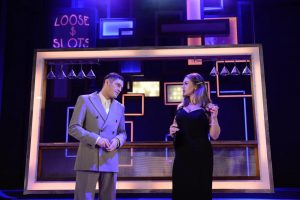