Think Leeds and festivals, and images of superstar rock bands and muddy fields surely spring to mind. Leeds Festival is set to return to Bramham Park from 24th to 26th August, but that’s not the only summer soiree that the city has to offer…

Open Book
Don’t turn the page yet – if you’re searching for a great summer read, or inspiration to pen your own novel, the Northern Short Story Festival is a must for bookworms and wordsmiths alike.

Now in its third year, this joint initiative from Leeds Big Bookend, Leeds City Council and Fictions of Every Kind is a literary lovers’ dream and celebrates northern writing talent across its two-day festival, from 2nd to 3rd June. The next chapter takes place at the Carriageworks Theatre, and will feature skills workshops, masterclasses and panel discussions from editors, publishers and writers, as well as a book launch and live magazine reading.
Carriageworkstheatre.co.uk.

Top Tips for Selling Your Home this Autumn

In With The New 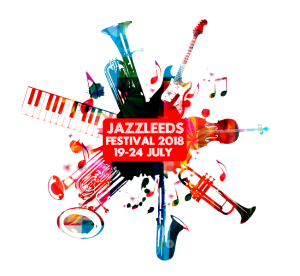 All That Jazz
After the success of its debut last year, JazzLeeds Festival jams its way back to city centre venues and spaces including The Wardrobe, Leeds College of Music, Carriageworks Theatre and Millennium Square for a six day celebration of all things jazz.

Running from 19th to 24th July, the musical extravaganza kicks off with a launch event at Seven Arts in Chapel Allerton. The festival includes appearances by a number of Leeds-based bands and musicians, as well as performances from marquee names such as Soweto Kinch, Ian Shaw, Pigfoot, Nérija, and Greg Cohen. Over 300 performers will be taking part, including big bands, swing bands, and traditional jazz, blues and Latin groups, while the entire festival will be live painted by artist Gina Southgate, and there will be chances for people to join in and play at workshops and improvisation rooms.
Ticketsource.co.uk/jazzleedsfestival2018.

Food Matters
Roundhay Park once again plays host to the North Leeds Food Festival from June 30th to July 1st. The green space will be transformed into a foodie’s paradise with a selection of produce and craft stalls lined up along its very own ‘market street’, as well as an array of street food vendors and an independent beverages showcase.
As if that wasn’t enough, there’s also a host of live entertainment, art and music to entertain the whole family as you tuck into sweet treats, freshly baked breads, and local jams and cheeses. Just remember to leave space for dessert!
Northleedsfoodfestival.co.uk.

Sing it Loud
If you love live music but don’t fancy the crowds at Leeds Fest, Bingley Music Live, now 12 years old, is a fist pumping alternative with a large selection of rock, indie and pop acts.

The annual event in Myrtle Park strums its way back to the market town for three days, from 31st August to 2nd September, to end the summer in style. This year’s headline acts include former Oasis icon Noel Gallagher and his new project High Flying Birds, Shed Seven and Jake Bugg, as well as big names such as The Cribs, Lightning Seeds, former Spice Girl Melanie C, songstress Nerina Pallot and the John Lydon-fronted Public Image Ltd. It’s enough to inspire you to get the air guitar out…
Bingleymusiclive.com.

Also keep an eye out for…

Liberal Arts
Chapel Allerton Arts Festival has been getting North Leeds residents into the party spirit for 21 years and last year also encompassed a village jazz festival, folk roots festival and short film festival within its run. Always filled with family fun, music, art, crafts and food stalls, the streets take on a life of their own during the festival week and weekend, which usually stretches from 27th August to 2nd September. Keep your eyes peeled for the latest updates!
Chapelallerton.org.uk.

Carnival Magic
The city is also set to be awash with colour and celebration at the Leeds West Indian Carnival, which is held annually on the last Monday in August. After marking its 50th birthday last year with a series of memorable events, expect more vibrant costumes, food and music as the parade snakes around the streets and fills the air with sensational scents and sounds.
Leedscarnival.co.uk.