After an unsettling period, Donisthorpe Hall issue a rallying cry to the local community to restore the care home to its former status.

At a recent meeting, Donisthorpe Hall looked to the local community to help turn its fortunes around and the community responded. Over 230 people attended a meeting at the care home on 1st July, where trustees outlined their vision for a sustainable future that sees a safe and stimulating environment for residents and updated attendees on its current status and a need for support.

The care home has faced serious challenges since it was rated “inadequate” by the CQC in 2015. Special measures have only recently been removed, and the embargo on council funded residents lifted. Although the home is now accepting new admissions after the council noted significant improvement in care quality, issues of staff recruitment and financial difficulty remain.

The meeting emphasised the impact a dramatic reduction in resident numbers over the last couple of years has taken on their finances. The Trustees paid enormous tribute to the generosity of private backers which has seen the organisation through a tough transitional period, where government support for social care has decreased in real-terms year on year. 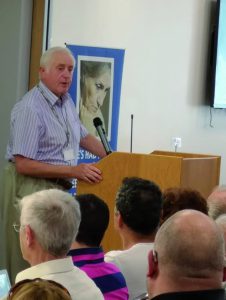 Trustee Ashley Cohen implored a packed audience to offer their support to ensure adequate provision for residents present and future. The home has since reported an inundation of offers to help establish new fundraising committees, with queues of people pledging to volunteer after the meeting concluded.

“It’s great to see that once again the community has confidence in the work we are doing. It is essential that everyone that can help rolls their sleeves up to support this organisation moving forward.” Said Cohen. “This is a community asset, and we are determined to make sure that we provide care and support for our most vulnerable for generations to come.”

It was announced at the July meeting that the Manny Cussins Trust was to invest heavily in the home’s new dementia units over the coming years. Director of the Trust, Andrew Cussins said: “It is with real joy that the Trust and Donisthorpe Hall have now agreed to work together again to create a dementia wing of true world class, that will not only be the envy of Yorkshire, but the whole of the north of England.”

However, the complex nursing wing, Silver Lodge, remains shut following last year’s closure. The closure was attributed to nursing shortages and resulted in the resignation of former chairman Andrew Brown. As Brexit fears cause EU workers comprising a significant proportion of the social care workforce to leave the country, the shortage is set to increase. Cussins continued: “The care crisis is now one of the major stories of our time. We must provide security and stability to people’s lives at a time when everything is beginning to fall apart.”

Plans involving further integration with the Leeds Jewish Welfare Board (LJWB) were also discussed. Russell Manning, Chair of the LJWB spoke of how the two organisations have been working hard behind the scenes to shape its landscape over the coming years. 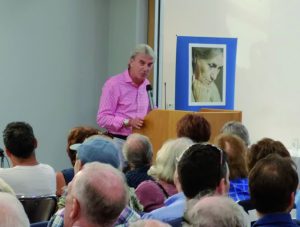 Manning went on to say: “On behalf of the Leeds Jewish Welfare Board I was delighted to be part of the community meeting and to be able to have the opportunity to talk about our plans to work together with Donisthorpe and the Leeds Jewish Housing Association to ensure the long term sustainability of care and housing in our community for future generations.”

Local resident and meeting attendee, Susan Dacosta, maintained this new partnership reflects the will of the local people: “I believe it is extremely important that there is closer integration with the LJWB. I feel that this was something that many members of the community have wanted for many years and thankfully it has now come to fruition.”

The meeting inspired her to set up her own ladies fundraising committee to canvass funds and she hopes others will follow in her efforts to save their local care home: “I think this a wonderful opportunity for the people of Leeds to unite and hold this shrinking community together. Donisthorpe is an essential amenity for the Jewish residents as a kosher home that recognises Shabbat and all the Jewish festivals. Let’s hope they act before it really is too late.”