Leeds is famous for its festivals, but if you decide to travel a little further for your live music fix, JLife has a line-up of the best Yorkshire family friendly music extravaganzas. 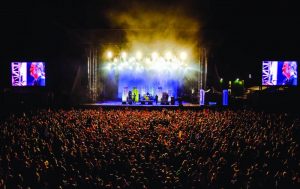 Bingley Music Live
Now in its 11th year, Bingley Music Live has gained a reputation as one of the best small festivals in the country. It returns on 1st September when Welsh legends Manic Street Preachers take centre stage and Kaiser Chiefs headline the day after. It’s not all music though, as there are plenty of food stalls and activities for the kids at the festival’s traditional home of Myrtle Park to keep the whole family happy.

The festival introduced camping for the first time last year at the nearby Bradford & Bingley Sports Club and will be returning once again for those who want to turn the festival into mini-holiday.
Bingleymusiclive.com 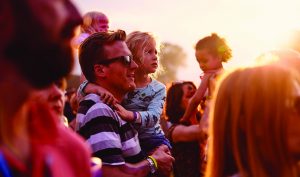 All You Need to Know About Leeds’ Vegan Revolution

This year, headliners Teenage Fanclub, Kate Tempest and The Divine Comedy will share the stage with comedic acts such as John Shuttleworth and Hal Cruttenden. Leeds-born sports writer and recent Milim festival guest, Anthony Clavane will be appearing in the literature tent to present his book, ‘A Yorkshire Tragedy’ too.

For active kids and adults alike, the festival’s ‘Sports Arena’ will provide an opportunity for festival goers to enjoy activities such as skating, biking, tree-climbing and even football training with Middlesbrough FC’s football foundation.
Deershedfestival.com 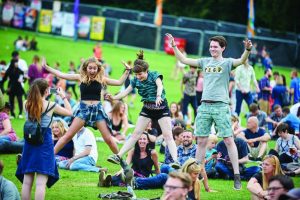 Tramlines
This year The Libertines, reformed girl group All Saints and Primal Scream are among the artists visiting Sheffield on 21st until 23rd July. Starting out life as a free music festival in 2009, Tramlines has grown year-on-year and now exists as a three-day city annual musical showcase for the steel city. The festival will take place across five stages and three parks, and has previously welcomed acts such as Echo and the Bunnymen, Olly Murs, Basement Jaxx and The Charlatans to name but a few.
Tramlines.org.uk 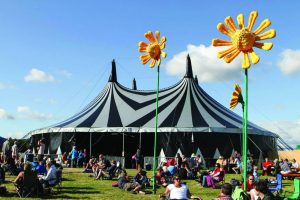 Underneath the Stars
The music and arts festival, Underneath the Stars was founded by the much-loved Yorkshire folk singer, Kate Rusby as a way to keep folk music alive near her hometown of Barnsley. Newton Faulkner, Kate Rusby, Show of Hands, Lucy Rose and Raghu Dixit have all been announced as guests to the three day festival which starts on 21st July at Cannon Hall Farm in the South Yorkshire village of Cawthorne.

As well as three stages of music, the festival will host a range of activities for all ages such as music and dance workshops, a giant planetarium, handmade crafts, street theatre and storytelling, and a selection of award-winning street food. Yorkshire Cancer Research has also been named as the official charity partner of the festival for the second year running.
Underneaththestarsfest.co.uk 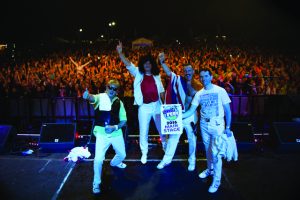 TribFest
TribFest, Yorkshire’s biggest tribute band festival is celebrating 10 years entertaining families and friends at Sledmere House in Driffield. Last year, the festival booked 56 tribute acts to play across six stages, as well as a host of entertainment to satisfy the little ones too within the TribFest Kidzone.

The festival has been nominated in the UK Festival Awards in the Best Small Festival and Best Family Festival categories in recent years, and this year’s event – which sees the likes of David Bowie, ACDC, Elvis Presley and Tina Turner take to the stage (well, sort of!) – will kick off the anniversary celebrations from 17th August.
Tribfest.co.uk 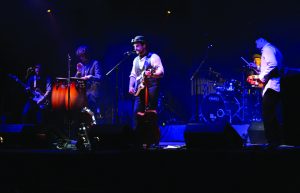 One of the later events in the festival calendar, taking place on the 22nd until the 24th September, Cornucopia is a way to say goodbye to late summer evenings for another year. Headliners include folk legends Lindisfarne, journalist and broadcaster Andy Kershaw – who presents a Saturday night DJ set – and comedian Justin Moorhouse.
Cornucopiafestival.co.uk