Skip to content
Features-Leeds  King For A Day
FacebookTwitterPinterestLinkedInTumblrRedditVKWhatsAppEmail

Ditch the novelty tie and slippers once and for all this Father’s Day (19th June), with a little inspiration from JLife.

Pilot Precision
If your dad loves his gadgets, go for something classic. This pilot watch with a canvas by British company, Limit Watches, is inspired by the first wristwatches worn by RAF pilots. The easy-read dials for aircrafts during levels of low light are echoed in the clean dials and retro design.
£40
Iwmshop.org.uk 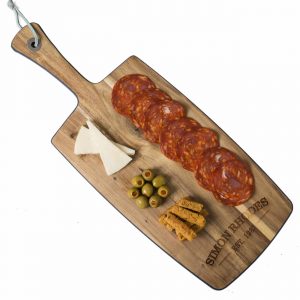 Pukka Platters
We probably have Jamie Oliver to blame for dads everywhere thinking they’re amazing at cooking, but go ahead and indulge his culinary enthusiasm with this personalised antipasti serving board. Personalise it with the name of your recipient in up to 14 characters and take your dad’s rustic cuisine to the next level! You never know, it might just get you out of the washing up…
£29.99
Gettingpersonal.co.uk 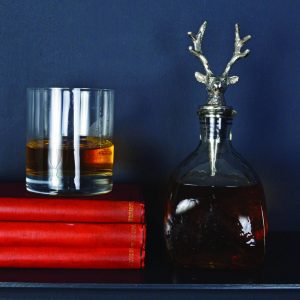 Whiskey Galore
Whatever your father’s tipple of choice, there’s really no better way to serve it than in this stag whiskey decanter. The detailed design and glass body make it ideal for impressing dinner party guests.
£35
Miafleur.com 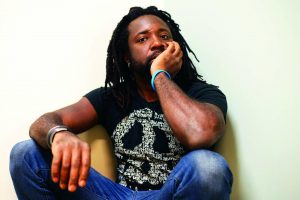 In His Good Books
With the nominees for this year’s Man Booker Prize announced recently, why not treat your dad to last year’s winner, ‘A Brief History of Seven Killings’ by Marlon James? The imagined oral retelling of Bob Marley’s exodus in 1976 from Jamaica, amid violence and political tensions was a real word-of-mouth success. Upon publication, The New York Times drew comparison with the labyrinthine plots of film director Quentin Tarantino and this thriller of a novel is set to be a gripping page-turner for a relaxing Father’s Day.
£6.29 (paperback)
Amazon.co.uk 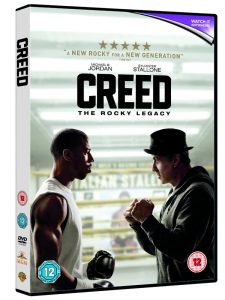 Another Round
You’re probably going to have to let the main man in your life have the television remote this year, but that doesn’t mean you have to relinquish control of what you watch. How about trying Creed, the enjoyable sixth instalment of the boxing film franchise, Rocky?

Once again starring loveable tough guy Sylvester Stallone, but this time in a supporting role, Creed tells the story of Adonis (Michael B. Jordan), son of Apollo Creed from the original movies. It is familiar boxing movie fare, but this outing contains some exciting sporting action. A tale about fathers and the legacies they leave behind, Creed is bound to be emotional knockout for the whole family.
DVD/ Blu-ray
£9.99/ £14.99
Amazon.co.uk

Tri Something New
Did You Know They Were Jewish?
Related posts
Features-Leeds