From new restaurants to entrants in the Good Food Guide, JLife rounds up all the reasons to be excited about eating out in the city.

Dining out in Leeds has never been so good. From a burgeoning street food scene and a bundle of fantastic foodie festivals, to a Michelin-starred restaurant situated right in the centre of the city, there is an abundance of appetizing reasons to let someone else do the cooking for you.

All this makes for an exciting atmosphere, with must-visit food hotspots seemingly springing up all over the city on a weekly basis.

Strengthening Leeds’ cuisine credentials was the recent Leeds Restaurant Week, a LeedsBID initiative that saw around 70 restaurants offering special two course menus priced from £10 to £15, to encourage diners to try something new and to highlight the diversity of eating options available.

Meanwhile, the city also tasted success as Michael O’Hare’s Michelin-starred restaurant, Man Behind The Curtain, ranked at number 50 among the UK’s top restaurants for 2017 in Waitrose’s influential publication, the Good Food Guide. The restaurant famed for its imaginative and contemporary menu, featuring unusual dishes such as sea urchin, tripe dumpling and foie gras donut, was Leeds’ highest entry with a score of seven out of 10.

Other local establishments named in the guide include Vice & Virtue, a new entry housed in a former strip bar, as well as returning entrants The Swine That Dines, Ox Club, Brasserie Forty 4, Crafthouse, Tharavadu, The Reliance, Meanwood-based Zucco and Headingley’s Salvo’s.

It’s not all about the long-established restaurants, as Leeds has seen a wealth of highly-anticipated additions open for business across the past few months. Which new kids on the block have been making waves? 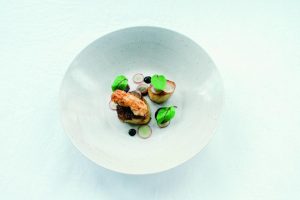 Located on the historic Kirkgate, the gourmet restaurant opened its doors in summer and is already soon to announce its winter and festive menus, with ‘guinea pig’ dinner parties that offer surprise menus also pencilled in for the near future. 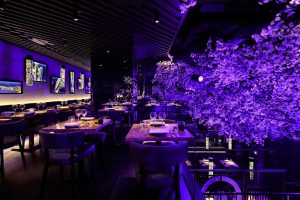 As you may have guessed from the name, Tattu takes its inspiration from body art and East Asia, which is reflected in an eclectic cocktail menu that includes drinks named ‘Skull Candy’, ‘Crouching Tiger’, ‘Hidden Dragon’ and ‘Tattini’.

Striking interior design, complete with a real cherry blossom tree trunk, complements the contemporary Chinese cuisine on offer, which illustrates more than a little artistic flair in its presentation. After another summer opening, visitors can now tuck into a range of classic dishes with an imaginative and modern twist, such as salt and pepper aubergine with cherry hoisin, yuzu parfait and fortune cookies and cream. 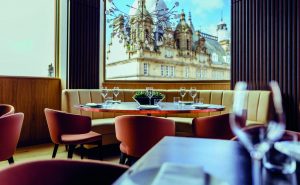 Restaurant group D&D London also recently brought a taste of the Orient to Leeds, through upscale Japanese eatery Issho and its rooftop drinking spot, Kori Bar, which is housed in Victoria Gate.

After an opening party that featured a sake barrel breaking ceremony and traditional Japanese drummers, Issho has become renowned for its authentic Japanese dishes, including sushi, sashimi and maki, as well as its 25 types of sake. Issho means ‘together’ in Japanese, so most of the extensive menu is based around small plates for sharing like tempura and bao buns. 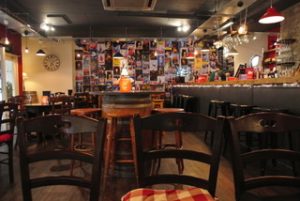 Buca di Pizza is far from a new name on the Leeds food map, having been spinning dough and showcasing unusual and creative pizza topping combinations for some time.

Yet, in addition to its new Chapel Allerton branch, the pizzeria has also now added a delicatessen and Italian prosecco bar called D.O.C above its Wellington Street restaurant.