Leeds and Harrogate are both bursting with live winter entertainment. From panto to stand-up, JLife selects some of the best…

Lion’s Den
If there’s one story synonymous with winter, it’s The Lion, The Witch and the Wardrobe. In this new production at the West Yorkshire Playhouse, theatregoers can follow the adventures of siblings Lucy, Edmund, Susan and Peter, as they step through a mysterious wardrobe into the magical and icy world of Narnia.

From the 29th November to 21st January, this interpretation of C.S Lewis’ classic tale of talking fauns, loveable lions and dastardly witches is brought to life by director Sally Cookson, who has previously presented her own adaptations of Jane Eyre and Peter Pan. There’s also a chance to attend a discussion between the cast and crew about how the show was created behind the scenes, on 16th January.
Wyp.org.uk

Fee-fi-fo-fum…
Oh yes it is…it’s time for panto season, AND Carriageworks Theatre has teamed up with famed pantomime producers, Paul Holman Associates, to put on Jack and the Beanstalk.

Top Tips for Selling Your Home this Autumn

Fun for all the family, this famous fairy tale will be reimagined from 1st December to 6th January, for a bucket load of laughs with comedy, entertainment and slapstick. With magic beans, a giant and a host of colourful costumes on show, there will be plenty of opportunity to shout “he’s behind you!” as young Jack goes to market to sell his mother’s dairy cow…and comes back with something unexpected. For those who book tickets for a big group, bonuses include discounted tickets, a special mention during the performance, spaces for eating packed lunches, and advanced orders for interval ice creams.
Carriageworkstheatre.co.uk 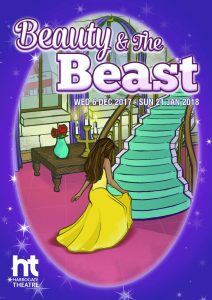 Tale as Old as Time
Head to Harrogate Theatre for another serving of classic pantomime, as director Phil Lowe presents Beauty and the Beast, from 6th December to 21st January.

Step into this late-Victorian venue and follow the familiar and enchanting tale of beautiful and kind-hearted Belle, as she’s thrust into the path of the Beast, a once handsome prince now placed under an evil spell that can only be broken by true love. Captioned and audio described performances are also available.
Harrogatetheatre.co.uk

State of Mind
The Russian State Opera performs world famous two-act ballet, The Nutcracker, on 6th December at the Royal Hall in Harrogate. This seasonal favourite features music by Pyotr I. Tchaikovsky, performed live by an orchestra containing over 30 musicians.

Directed and choreographed by Konstantin Uralsky, a former Bolshoi Ballet Soloist, this accessible ballet about magic and love includes well-known music such as Waltz of the Flowers and Dance of the Sugar Plum Fairy, as the plot focuses on young girl Marie, whose nutcracker doll turns into something special…
Harrogatetheatre.co.uk 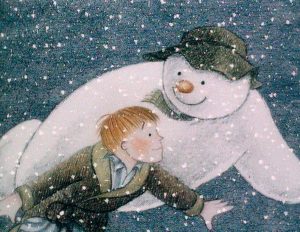 Once Upon a Song
See a symphony orchestra performing iconic music scores live, as The Orchestra of Opera North recreates two family favourites, The Snowman and Cinderella, on 17th December.

In the atmospheric and grand surroundings of Leeds Town Hall, narrator John Savournin will tell the rags-to-riches story of Cinderella, accompanied by music and illustrations, before the renowned orchestra performs to a screening of much-loved animation, The Snowman.
Leedstownhall.co.uk

Later With…
Taking his talent from TV to the road, pianist, singer and bandleader Jools Holland finishes his latest UK tour at First Direct Arena, on 22nd December.

Bringing along his famous Rhythm & Blues Orchestra and a host of special guests, such as award-winning guitarist José Feliciano and fan favourite vocalists Ruby Turner, Louise Marshall and Beth Rowley, Jools’ grand finale is set to feature tracks old and new. Spanning a variety of musical genres, from pop to Latin, there should be something for everyone to boogie woogie to.
Firstdirectarena.com