Go Comic Crazy
Abbey House Museum’s young curators, The Vintage Youth Club, have created a Comics Unmasked display that should keep comic-mad kids content over spring break. The exhibition, which runs until 16th July, includes a 10-minute film on comic book culture in Leeds, while the display covers classic strips such as Dennis the Menace, as well as current and popular Marvel and Manga offerings. 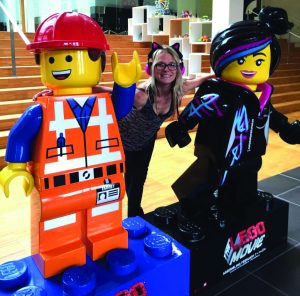 Leeds Young Film Festival is running a variety of events across famous venues in the city, allowing children a chance to explore their creative sides. Spielbergs in the making can create their own flip book story at Carriageworks Theatre, before seeing their cinematic efforts come to life with stop-motion software. Kids big and small can also learn from the best at The Animation Show, which offers the chance to watch cartoons, learn about beloved animated TV programmes and features special guest stars such as LEGO animation art director, Tori Davis. There is even an opportunity to ‘swim’ with sharks or visit outer space using Google Expeditions’ virtual reality headsets at Leeds City Museum. Leeds Young Film Festival takes place from the 10th until the 20th April.

Winter Home Style: Back in Black 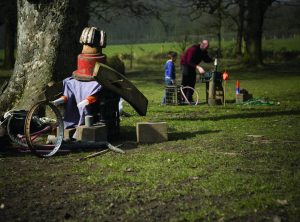 Channel your inner Henry Moore and create sculptures at Yorkshire Sculpture Park through its Outdoor Sculpture Building: Come Rain, Come Shine season. Get a breath of fresh air and bring sturdy shoes for this outdoor art adventure that mixes work and play. Branches, stones, pipes and other materials are provided.

Bronte Country
Head out to Haworth and the Bronte Parsonage Museum for a peak behind the curtain of Sally Wainwright’s recent BBC drama about the famous literary family, To Walk Invisible. To Walk Invisible: From Parsonage to Production is an exhibition of the carefully crafted period costumes and props used in the acclaimed show and will be available to view until January 2018. 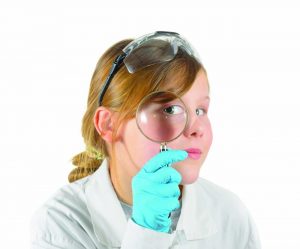 It is time to don your hazmat suits and pick up a magnifying glass, as the Thackray Medical Museum showcases a Junior CSI event from 3rd April. Budding detectives can try their hand at everything from blood spatter analysis to facial reconstructions as they attempt to solve a case created with the help of the West Yorkshire Police helped create.