JLife shines a light on the latest happenings on Street Lane and in Moortown, two of North Leeds’ most sought-after suburbs.

Strolling around the leafy suburbs of Roundhay’s Street Lane and Moortown, you could be forgiven for thinking you had wandered into a quiet, unassuming conurbation, but these stylish areas of North Leeds have long bubbled with culture and community.

The long, vibrant and bustling stretch of Street Lane, packed with shopping and dining choices, has been a stop-off on the Leeds foodie trail for many years, offering one of the most diverse collections of cuisines and restaurants outside of the city centre. With everything from famous fish and chips and cosy pub grub to iconic pizzerias, gourmet burgers and Mediterranean mezze, Street Lane is no slouch when it comes to ensuring visitors and locals alike can enjoy a variety of eating out options. There has been an array of developments since JLife last reviewed what was new on the Street Lane scene, the jewel in LS8’s culinary crown. 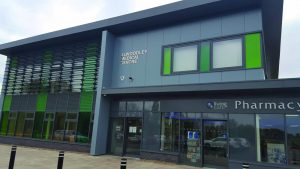 Refurbishments and extensions have been the name of the game, with much loved favourites such as contemporary Italian restaurant and local institution San Carlo Flying Pizza and The Olive Branch, which has been serving up Turkish and Mediterranean-inspired fare for around six years, both adding new features to their Street Lane sites.

The Flying Pizza recently celebrated 40 years of providing pasta, seafood and pizza to the residents of Roundhay and beyond with a revamp that should increase the eatery’s capacity by 100, including a new terrace with a retractable roof all set for summer al-fresco dining.

There’s No Place Like Home: What’s Happening in LS17 This Summer?

The Olive Branch has also extended its covering capability with a canopy and new tables for outdoor dining in the warmer months, as well as renovations inside such as a sky roof, sky lights, and new decorations, including a TV screen.

If all that talk of food has made you want to stretch your legs, a mere few minutes’ walk from Street Lane is, of course, Roundhay Park, which is once again set to become a hub of sport over summer.

After the success of the Columbia Threadneedle World Triathlon Leeds in 2016, crowds will once more gather to urge on elite and enthusiastic amateur athletes between 10th and 11th June for the 2017 edition, with Roundhay Park again one of the two sites hosting race routes. 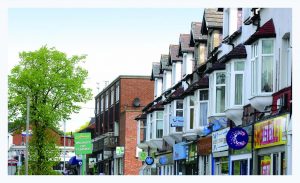 But that’s not it for sporting spectacles in Roundhay’s lush green surroundings, as the Leeds March for Men, a charity walk in aid of Prostate Cancer UK, also takes place within the park on 18th June. There are short, medium or long walks available, with all routes beginning at, and finishing near, the upper lake.

Speaking of Roundhay Park, the famous public green space was also on show in photographic form, as never before seen images of the park taken between the 1930s and 1950s, including photos of its former zoo, were put on display in early May. But don’t worry if you missed the collection though, which also features other parks, put together by the University of Leeds, as you can also find the historical snapshots at Leodis.net, an online photographic archive.

Meanwhile, Moortown has also seen its own changes of late, as May saw the unveiling of Holly House Veterinary Hospital’s new practice at the Moor Allerton District Centre.

The clinic, which will work alongside the original Street Lane hospital, is housed in a refurbished former Blockbuster store. The new site’s grand opening was marked by a day of celebration and crowned by a VIP guest, Capital Yorkshire’s breakfast DJ JoJo, cutting the ribbon. 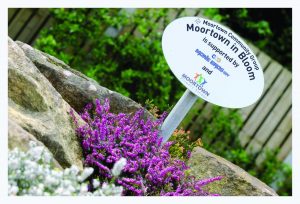 Also underway in Moortown is an ambitious fundraising appeal and project to develop a community garden. A new paving, complete with flowers, seats and a notice board is being lobbied for by the Moortown Community Group, which has already raised around £22,000. The group hope the garden, proposed to be planted at the end of Allerton Grove, will add vibrancy to Moortown Corner and the shopping parades.