JLife explores Alwoodley and LS17, an area renowned for its eclectic mix of community activities.

From the grandiose of Harewood House and its surrounding countryside, to the affluent suburbs of Alwoodley and Moortown and the quaint village-style streets of Shadwell, LS17 encompasses a wide range of areas. One of Leeds’ most sought-after postcodes, there is much to uncover in this desirable district that sits a few miles north of the city centre and stretches to within easy distance of the Yorkshire Dales.

Shadwell In The Sun
Shadwell is said to pride itself on retaining and preserving village traditions and there is plenty of local charm for both residents and visitors to enjoy. The Flower, Vegetable & Craft Show 2017 will shine a light on Shadwell and all that it has to offer this summer, with a host of activities taking place at the Shadwell Primary School playing field on 19th August.

Have an Action Packed February Half-Term in Leeds

House Plants: Bring the Outside In this Autumn

The celebration of fresh produce will include prizes, auctions, stalls, a bar and even a dedicated tea tent. For entertainment, a brass band will be providing the summer soundtrack, while kids can take advantage of a free ball pool.

Alwoodley In The Community
Alwoodley Community Association (ACA) is at the heart of its aspirational suburb and, while many local communities see a lull in activity after the summer fayre, Alwoodley has a jam-packed roster of fun to keep residents entertained over the coming months.

Alongside regular events, such as a supper club, choir and dance and karate classes, the ACA will be hosting a celebration for Yorkshire Day on 1st August. This is followed closely by the culinary delights of a South African food festival on 16th August and a beer festival on 4th September.

The ACA’s social club has also announced a new opening time of 5pm on Thursdays and Fridays, with a happy hour between 5-7pm, which is perfect for post-work drinks. 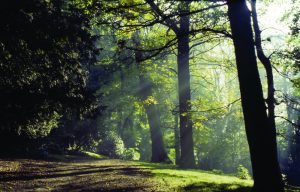 Homely Harewood
For history buffs it doesn’t get much better than the elegant country home of Harewood House. But, that’s not all there is to the area. The Harewood speed hillclimb season is in full swing, in which drivers compete against the clock to complete an uphill course on a track between Harewood village and Collingham. Children aged under 14 can watch for free and notable upcoming August events include the Montague Burton Trophy Hillclimb, named after Sir Montague Maurice Burton, the Jewish entrepreneur who founded British fashion chain Burton.

As for the Harewood House Estate, there is plenty for families to get stuck into over summer and early autumn. Keep your eyes peeled for a variety of talks and exhibitions, as well as the annual Steam Fair, which runs from 2nd to 3rd September and displays steam engines and classic cars. The popular open air cinema returns for three nights of film showings too, with Oscar-winning smash hit La La Land, beloved musical Grease and iconic 80s movie Back To The Future all airing within the famous grounds between 8th and 10th September. And, if you haven’t taken part in the daily penguin feeding yet, children aged 10 and above can still get up close to the aquatic birds until the end of October.

Finally, the Leeds Colour Run at the Harewood Estate, a 5k race in support of local charity St Gemma’s Hospice, gives runners a fresh coat of paint on 30th September. There will be five different stations along the route to ensure participants are covered in different colours by the aptly named ‘powder rangers’, before reaching the finish line. Registration is open now and, in line with the splendour of the surroundings, there will be a Pimm’s and Prosecco tent among the array of refreshment stalls. 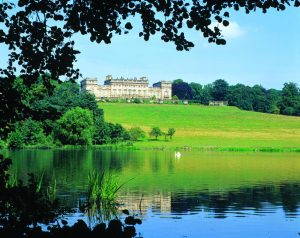