For wild adventures, scenic views and majestic animals, safaris are only way to truly see the splendour of Africa. JLife finds out about one travel company that’s helping Jewish travellers keep kosher while they walk on the wild side… 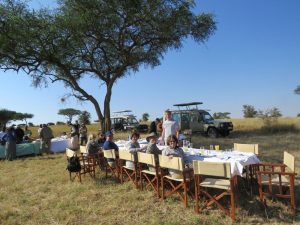 For many, ensuring you can keep kosher while on holiday is a top priority. And of all the places you ought to expect to struggle with such requirements, you might think one of them could be the African plains.

But think again. In recent years, travel companies specifically designed to help Jewish holidaymakers explore further than ever before while still enjoying kosher catering abroad have appeared on the global travel scene. One such company is the rather straight-forwardly named, Africa Kosher Safaris. 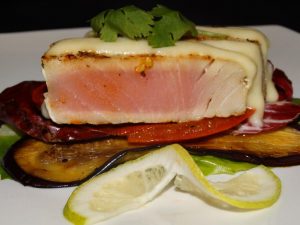 Africa Kosher Safaris offers the kosher traveller the unique opportunity to enjoy the magnificence of the South African bush while enjoying top quality kosher cuisine, prepared fresh on-site under the strictest kashrut supervision. Depending on what you want out of your safari holiday, there are a number of accommodation options to choose from too. From 3* hotels for cost-efficient explorers to exclusive VIP retreats or game reserve luxury lodgings, there’s something for every budget. Israeli airline El Al flies to Johannesburg several times a week and British Airways regularly flies to Johannesburg and Cape Town, making the exotic African climes easier to get to than ever before for Jewish travellers. 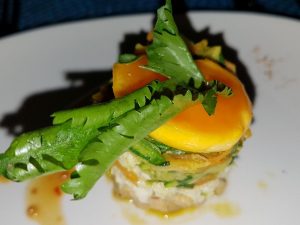 With 15 years’ experience and under the leadership of ‘the safari rabbi’, Rabbi Yoni Isaacson, Africa Kosher Safaris has become a leading name in luxury kosher travel. All operations are under the strict supervision of the Beth Din of South Africa and Rabbi Yoni. Known as the ‘doyen’ of kosher safaris, Yoni has cornered the market for the ultimate safari experience, and his working background in business, including a BSc in Computer Science and Operations Research, meant that his dream of creating 100% kosher trips across southern Africa soon became a reality.

All the menus are created to your personal preferences, to include starters such as rolled fillet of sole infused with teriyaki sauce, smoked Norwegian salmon and avocado or main dishes such as succulent lamb chops or aged scotch fillet served straight from the fire. The choice of desserts have also famously included chef’s notorious deep-fried chocolate spring roll – a must try. Throughout the trip a breakfast buffet is served every morning, displaying a tantalising array of cereals, breads, spreads, yoghurts, breakfast pastries, cheese platters, fresh fruit, and eggs and grilled vegetables made to order. When out for the day on safari, packed lunches are provided or alternatively, a sandwich station is set up at breakfast for clients to prepare their own ahead of the trips into the wild. For VIP tourists on the trek, the travel company’s dedicated pastry chef bakes fresh breads and pastries daily, while tastebuds can also be tempted by the talented on-site sushi chef. 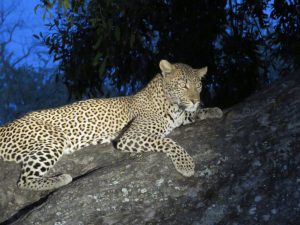 South Africa in particular has a proud Jewish heritage, with Johannesburg being the largest centre of Jewish life with around 66,000 Jewish inhabitants. In Cape Town, Jewish heritage tours are a popular tourist draw, taking in the Cape Town Jewish Museum, the Holocaust Museum and a synagogue built in 1905 by Cape Town’s first Jewish mayor, Hyman Lieberman.

Though based in Johannesburg, Africa Kosher Safaris lives up to its name, offering an impressive range of locations further afield to start your African adventure. From the world’s greatest waterfalls and wildlife sanctuaries in the continent’s southernmost tip, to the majesty of the Serengeti in East Africa, the team can show you some of the most exhilarating and breath-taking scenes of untamed beauty.

A typical 10-day safari exploring southern Africa features a jam-packed itinerary. You will arrive in Johannesburg and connect to Livingstone in Zambia, the gateway to the mighty Victoria Falls, before spending the afternoon admiring the magnificent views of the falls from the Zambian side. The next day will see you travel through the African bush to the confluence of the Zambezi and Chobe Rivers, the Kazangula border post, where 4 Africa countries meet. Here, the group will cross the great Zambezi River into Botswana, and set out on the first safari in Chobe National Park. Chobe is home to the largest concentration of elephants in the world, as well as large herds of buffalo, hippo, many crocodile, antelope, zebra, giraffe, and of course, the big cats. Starting the safari by boat, you can hope for some close up sightings of hippo or crocodiles. Allowing for both land-based and water-based game viewings, Chobe is a unique offering that concludes with a mass migration of elephants to the Chobe river during the winter months. After lunch, you will board the open jeeps for an exciting safari in the interior of the park to look for giraffes, zebras, antelopes, lions, leopards, and of course, Chobe’s famous large elephant herds. 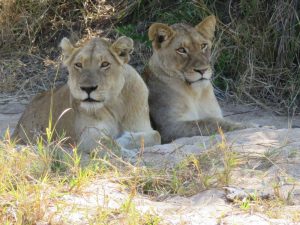 Later on in the week, opportunities to visit Cape Town, including a trip via cable-car to Table Mountain to get extraordinary views of the Cape Peninsula. After a lovely lunch at the city’s Jewish Museum, the world famous Kirstenbosch Botanical Gardens is next on the agenda, nestled on the southern slopes of the mountain, where the various unique species of the Cape flora can be enjoyed. Then the safari group will return to hotel in time to prepare for a wonderful and inspiring Shabbat with the friendly Jewish communities of Cape town. The final few days will be dedicated to spending time at Kruger National Park. One of the largest game parks in the world – roughly the size of Israel, in fact – it is home to the big five: the lion, the African elephant, the cape buffalo, the leopard and the rhinoceros. After checking into a luxury accommodation, you will set out on your first exciting open jeep safari thanks to special off-road access and trained game trackers, and later return to a freshly prepared, gourmet kosher dinner back at the lodge.

Trips are also being booked for a different corner of the earth altogether: South America. The travel company diversified to start its sister brand, Latin America Kosher Safaris to welcome the kosher traveller to the rainforests, glaciers and the Latin islands beyond. Besides trips to see the ‘best of’ tourist hotspots such as Argentina and Brazil, an extensive nine-day trip to Peru and the Galapagos Islands are available, including stops in the Peruvian capital, Lima, as well as Machu Picchu, the Incan citadel situated high in the Andes Mountains and the UNESCO world heritage site of Cusco.

To find out more, visit Aksafaris.com.