JLife picks the best rooftop spots to rise above the Manchester bustle and soak up some summer sun. 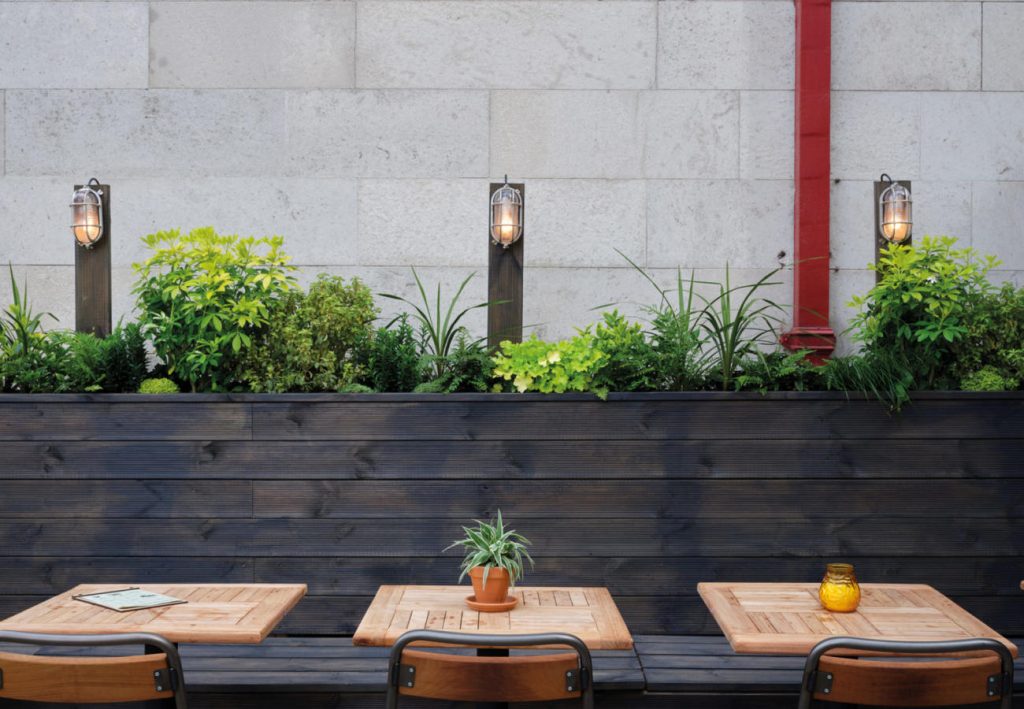 Operating a taproom from the suntrap roof terrace from Thursday through Saturday throughout the summer, it’s serving four seasonal brews on rotation fresh from the Dantzic Street brewery. The restaurant has also created a Manchester-exclusive burger, with a molten beer cheese sauce made with the brewery’s famous smoked porter.

Give this one a miss if you’re uncomfortable sharing elbow room with your fellow drinkers, as the space is arranged in popular German beer hall style with long communal benches and a retractable awning and patio heaters if the elusive Manchester sunshine is a no-show. 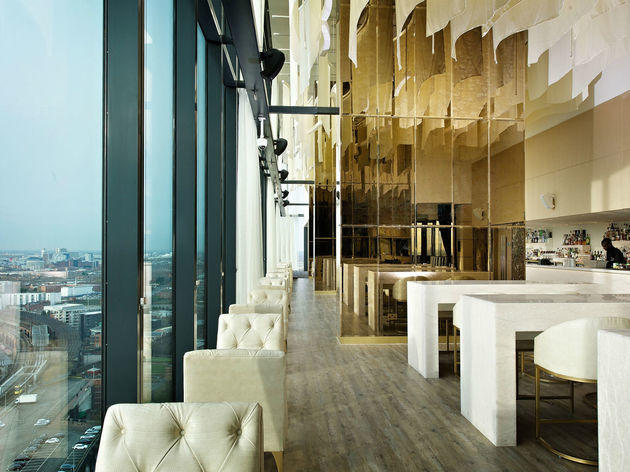 Situated on the 23rd floor of Beetcham Tower, the high-end cocktail spot twinned with Hilton Deansgate is the highest drinking spot in town. Leave your trackies and trainers at home because this is a seriously upmarket affair, with opulent interiors, loftily named after Greek gods surrounded by floor-to-ceiling windows offering panoramic vistas onto the cityscape.

Take your drinking to new heights with fine champagnes and signature cocktails inspired by the city’s heritage as a cradle of invention. To honour the astounding discoveries of graphene, hot air balloons and (lest we forget) Vimto, the bar staff in black will shake you up cocktails paying homage while you enjoy the view from the top.

The Food of Love

A Day for Her

If you’re looking for a setting to impress, the townhouse hotel is one of the hottest locations all year round. But when you get the bill, hand over your credit card and don’t look down. 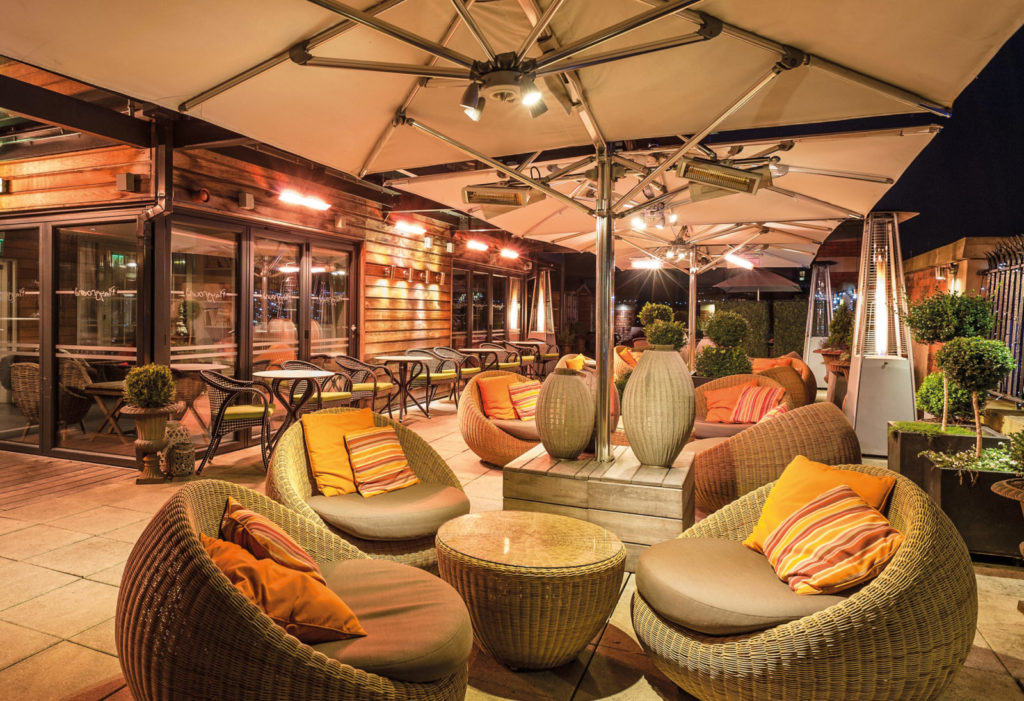 Victorian schoolhouse turned luxury hotel, Great Hotel St John’s Street offers panoramic views of the city in VIP surroundings. The rooftop is divided in two – the Lounge, a south-facing haven of soft furnishings and shrubbery is open to the public while access to the Playground terrace remains restricted to hotel guests only.

Where mob capped schoolboys once played, the Manchester glitterati now bask on wicker sun loungers looking out across the Deansgate rooftops from the glass veranda, soaking in the hot tub, filling Instagram feeds with cityscape selfies, champagne flutes in hand. 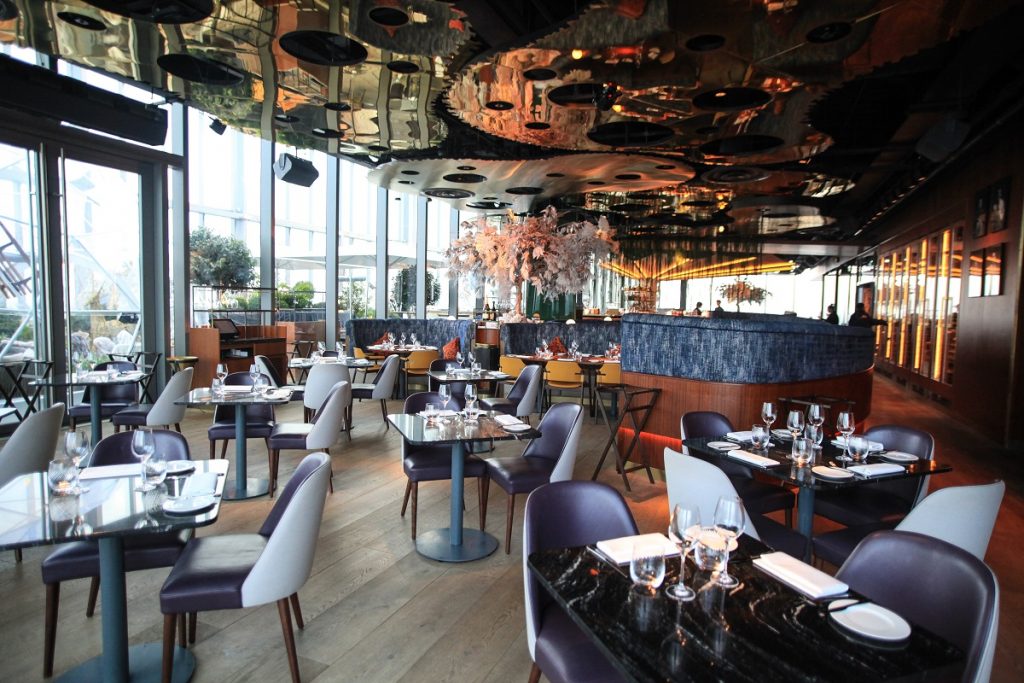 Since opening last year on the 19th storey of No. 1 Spinningfields, the rooftop restaurant is already making waves on the Manchester scene. With queues out the door on sunny days, when you step out of the restaurant’s private lift you’ll understand why. 360-degree views from 92 metres up in the air extend east to the peaks and west to the coast.

A marble-topped bar divides the interior between a fine dining restaurant and an informal grill, while the space is almost doubled by a huge 200-capacity outdoor terrace. Fire pits blaze long into the evening beneath a treetop canopy wreathed in atmospheric lighting – an impressive backdrop against the Manchester skyline. The cocktail bar offers 25 gins, a cigar menu, and a range of speciality spirits, while regular live music and access to the grill menu make it a great all-day weekend hangout. 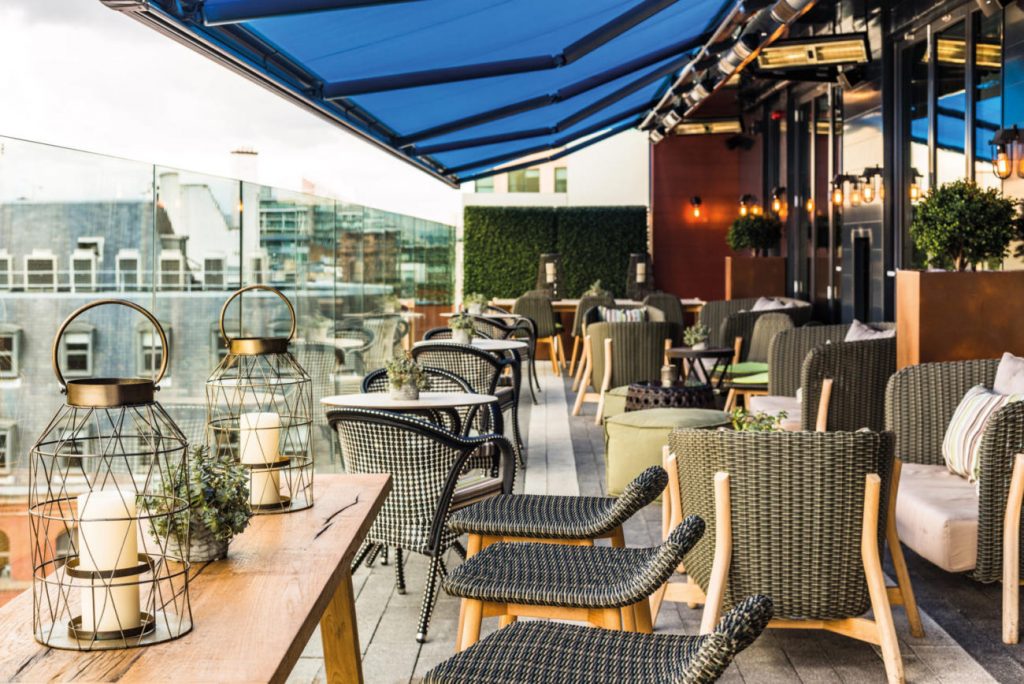 It may not have the loftiest of vantage points, but the views might just be the most charismatic. Its South Terrace frames a mixture of new and old, facing out onto the neo-gothic spires of Manchester Town Hall and the rooftops beyond. Available for guests of its restaurant and bar only on select days, it’s always worth checking before you go, as it proves a popular spot for private event bookings. And if you’re lucky enough to be staying for the night, the views from the terrace are only topped by those from the lavish seventh-floor infinity spa pool.