Skip to content
Features-Manchester  Out of this World
FacebookTwitterPinterestLinkedInTumblrRedditVKWhatsAppEmail

School’s out for the spring break holidays from 30th March to 13th April. JLife compiles a selection of kids’ activities designed to let little ones explore other worlds for a day… 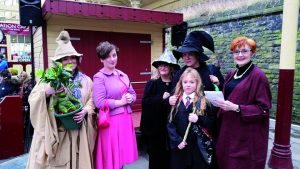 A Touch of Magic
Doesn’t every child want to be a wizard? Budding warlocks and sorcerers that haven’t received their Hogwarts acceptance letters yet can instead take part in East Lancashire Railway’s Wizard Academy on 5th April.

One of the magic school’s most important artefacts has been stolen, so it’s up to guests on the train to join up with a band of enchanting, costumed characters to help track it down. The day includes a return trip on the magical heritage steam train, as well as interactive activities which include learning the skills to become an award-winning witch or wizard. Furthermore, the café on platform 3/4 at Bury Bolton Street Station will be selling refreshments. All aboard!
Visit Eastlancsrailway.org.uk to book tickets. 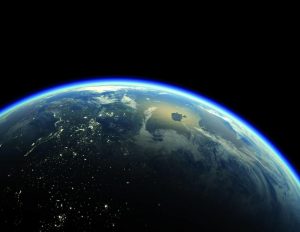 Lost in Space
If discovering the mysteries of outer space sounds more like your cup of tea, accompany the kids on a cosmic adventure at LEGOLAND Discovery Centre Manchester.

From 24th March, you can become an ‘astronaut’ by building and launching a LEGO rocket. But in an intergalactic interactive twist, you can then choose your very own space mission. Whether you’ve crash landed on a strange planet or gotten lost in space, you can design and play with your own LEGO creations and navigate the galaxy. Prepare for lift off…
Visit Manchester.legolanddiscoverycentre.co.uk to book tickets. 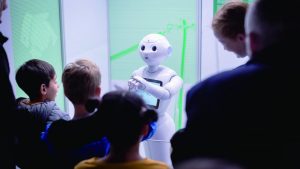 I, Robot
The Museum of Science and Industry’s Robots exhibition, which is part of the Manchester Science Festival, may not allow you to become an android for the day, but kids can go behind the scenes to find out about robot research until 15th April.

For cyborg-curious kids there is a chance to learn about the latest technologies, how scientists build robots and what it means to be human in an increasingly robotic world, as well as an opportunity to see a collection of 100 robots, ranging from 17th century attempts at dancing wine goblets to today’s sophisticated models.
Visit Msimanchester.org.uk to book tickets. 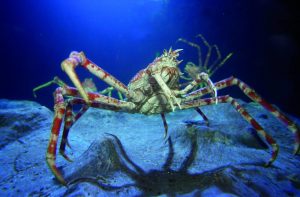 Under the Sea
Calling all would-be deep sea explorers…get a taste of life under the water by entering the lair of the giant Japanese spider crab at Sea Life Manchester.

The giant crustaceans can live up to 100 years, but the over three-metre-long crab is not the only huge creature lurking in the lair’s dark depths, as there is also a giant pacific octopus hanging around. Take the opportunity to be inches away from an array of wonders, including floating moon jellyfish, by crawling around in the centre’s new 360 degree doughnut tank, which allows future divers to crawl around and get as up close and personal as possible while staying dry.
To book tickets visit Visitsealife.com/Manchester.