Nestled southeast of Altrincham are Hale and Hale Barns, a growing area for the Jewish community of Manchester. JLife hops over to this leafy suburb to see what’s occurring.

Hale has always had an auspiciously good standing. The earliest documented reference of Hale is in the Domesday Book of 1068, it was home to Edward the Confessor, and together with Hale Barns and Bowdon, it is generally considered to be one of the wealthiest areas of Greater Manchester. So if you’re visiting this prosperous suburb or would like to know what’s going on in your local area, follow JLife as it uncovers what’s new in the village. 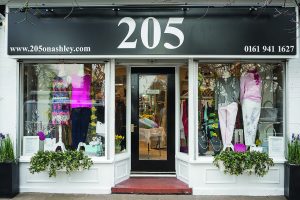 Business is looking good, with Hale-based High Access being named as one of Europe’s fastest growing companies in The Financial Times. The high-level property maintenance and service provider was included in the FT1000, compiled by the Financial Times and market analyst Statista, and last year, High Access received a £3.3 million investment from the Business Growth Fund to facilitate further development. Meanwhile on Ashley Road, one of Hale’s main thoroughfares has seen the addition of Cheshire bespoke independent sales and lettings agents, Benson Bunch to its high-street. A launch party was held just up the road at Piccolino, and guests were treated to canapés and drinks while mingling with fellow local business people from the Hale and Wilmslow areas, as well as some famous faces. And it’s all change at 205 Ashley Road too, as Vicki Allen, the Hale stalwart boutique received a makeover and reopened its doors in March. New owner Karen Flavell took over the business from previous owner Vicki, who owned and ran the eponymous shop for 25 years before retiring in January 2016. Rebranded as 205 On Ashley, the boutique will stock a new mix of fashions for all occasions.

For world food lovers, a taste of Sri Lanka has landed in Hale in the form of new restaurant, Sigiriya which opened this earlier this year. The eatery, which is on the site of the former La Vina, is a new venture from the former manager of the renowned Jumeirah Beach restaurant in Dubai. The interior of the new Ashley Road restaurant was created by Katie McCarthy from Style Contracts in Knutsford. Serving a selection of traditional Sri Lankan dishes with a contemporary edge, Sigiriya is also a fusion of Indian and Thai styles. Established Hale bar, restaurant and celeb haunt, Victor’s, has celebrated three years since opening by being named as the Best Premium Restaurant in South Manchester at the EatDrinkSleep Awards 2017. Known for an American-style execution of international cuisine, flavours and ingredients with a distinct European flourish, the bistro is run by East Coast Concepts which also looks after Neighbourhood in Spinningfields and Liverpool. Plans to open three more restaurants this year are also underway. 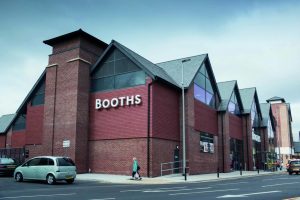 Over in neighbouring settlement Hale Barns, a weekend of music is in store for July, as the inaugural Night of the Proms family concert and the Hale Barns Carnival takes place on 15th and 16th, respectively. Prom classics will be performed alongside newer pieces by a full symphony orchestra on the Saturday, and is slated to include opera stars, choral performances, singers and spectacular pyrotechnics. The following day chart-topping disco legends Odyssey have been announced as headliners for the Hale Barns Carnival. The carnival will also have artisan stalls, arts and crafts, rides and attractions as well as a classic car show. Both live events will take place on the St Ambrose College playing field.