Chapeltown-born piano maestro Allan Schiller was in disbelief when the letter arrived stating that he would be the recipient of the British Empire Medal (BEM) for services to music and charity in The Queen’s Birthday Honours: “A very official letter came with ‘On Her Majesty’s Service’ on from the cabinet office”, he explained, “I thought it might have been some sort of scam! So it was an emotional surprise when I read that I had been awarded a medal!”

Protocol means that recipients are asked to keep it secret for one month, certainly not an easy task, especially after realising that someone independently nominated the pianist for the honour:  “It’s a crowning achievement in a way. You get a lot of feedback from each concert that you do and that gives me great satisfaction, but in this case, someone has gone to all that trouble of putting my name forward and following it up. It’s quite an exhaustive process of gathering lots of references and proving my charitable and educational work. “I am very thankful. I didn’t know that any of this was going on and it had involved lots of phone calls to my wife… I was totally in the dark the whole time!” 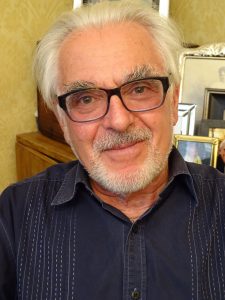 Lauded as a piano prodigy as a young child, Allan was quickly known nationally, thanks to his time under the tutelage of Dame Fanny Waterman, the founder of the Leeds International Piano Competition, and made his debut at the age of 10 in a Mozart concerto with the Hallé Symphony Orchestra under Sir John Barbirolli. A few years later, while still a teenager, he made his first appearances at the Promenade Concerts and the Edinburgh Festival.

“I look on that time with some amazement really,” Allan revealed, “at the time you don’t really realise what you’re doing. I listened to some of my old recordings from the radio when I was around 11 and 14, I rather wonder in awe at how well I played at such a young age. It has been a gift.”

Dame Fanny, an influential figure in the Leeds classical scene and beyond was a stern but determined driving force in Allan’s early career, and Allan looks back with fondness: “It was very hard work and she was a tough teacher but she expected very high standards. It was a very good foundation for me going forward. She was very ambitious and determined, and what she put her mind to, it usually happened!”

His piano-playing has taken him to distant climes, after studying with Denis Matthews he became the first British pianist to be awarded a scholarship to study at the at the Moscow conservatoire under Viktor Merzhanov. Since then, Allan has played with every major UK orchestra and has toured the United States, Russia and Europe.

Recently luckily enough to return to Moscow 40 years on, he marvelled how much the Russian city had changed: “I took my wife back to Moscow as I wanted to revisit where I lived and go on into the conservatoire and see the classroom where I had my lessons. I was able to play in the classroom to the dean of international students and vice principal. It was so wonderful to go back as it is now totally different – I was astonished. Everything is beautifully clean, fresh and exciting.”

Returning to England, he soon established himself as a popular and highly regarded soloists of his generation with appearances throughout the country and concerto performances with all the major UK orchestras and the BBC Symphony Orchestras, working with a number of distinguished conductors and made countless broadcasts for BBC Radio 3.

In The Guardian he’s been described as “the ideal Mozart pianist” and recorded a number of albums of including the Mozart concerti with Sir Charles Mackerras. His fame for playing Mozart even granted him an invitation to take part in the commemorations of the 200th anniversary of Mozart’s death. 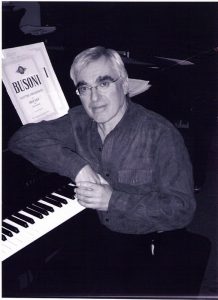 His most recent CD was made specifically to support the work of the Bristol Cancer Help Centre, so the BEM will also hold a special place in Allan’s heart as he has ventured to give back as much as he could throughout his career, especially to the next generation. He added that the new younger players have so much to contend with. Much more than he did at the age of 10 and performing at Leeds City Museum to a packed audience, even: “Standards have risen quite tremendously and I think that the schools of music now have raised their standards as well. There are so many wonderful pianists from China, Japan and Russia that I think it is now very difficult for young musicians to have the sort of career that I had. I don’t think there was quite as much competition for work either. “It wasn’t quite so vital to win an international competition either. I made a decent career without winning one. Nowadays its almost essential in order to get the dates with the big orchestras.”

Allan though, can still compete with the best of ’em: “I feel now that I am playing better than ever as I don’t feel that pressure that I had when I was younger. You had to have so many programmes at your fingertips because you were constantly having to learn new repertoires and perform them from memory. I feel a lot calmer and more collected when I play now.”

Determined to record his memories of an incredible playing career, Allan published the autobiography Music Made Me in 2017, and is full of stories about his musical adventures, significantly his days in Russia behind the Iron Curtain, detailing how he was even shadowed by KGB and shared uninsulated digs with musicians from around the world.

Allan plays the piano every day at his home in Bristol and occasionally plays solo recitals and concerto performances, as well as piano duets with good friend and fellow musician John Humphreys: “It keeps me on my fingers, you could say!”

To purchase a copy of Allan’s autobiography, visit Musicmademe.co.uk or to find out more about Allan’s music and career, head to Allanschiller.co.uk.