Susie Gordon, executive director of the Leeds Jewish Representative Council speaks about the changing role of the organisation and finding her place in bringing the Leeds Jewish community together to create a brighter, more collaborative future.

The Leeds Jewish Representative Council (LJRC) has been a voice for the Jewish people of Leeds for over 100 years. In that time its role has shifted from quelling local tensions that arose from the resettlement of the Eastern European diaspora, to today’s challenges of promoting interfaith relations in an increasingly cosmopolitan city. But throughout that time its values have centred on providing the community with security and the tools to strengthen its communal bonds.

Finding the best way for the LJRC to facilitate this has been a question on Susie Gordon’s mind since Leatid, Europe’s leading training organisation for the next generation of Jewish leaders, established her role within LJRC back in 2010: “Leatid wanted to create a community development role to look at how to engage people more, as after talking to people and conducting surveys around Leeds, they pinpointed a real issue around communication.”

Susie began the task of bringing together individuals from across different networks and communities by creating groups that focused on common interests. As well as establishing face-to-face groups such as a photography clubs, choirs and business networks, she also looked to digital platforms to create arenas that could foster communal interaction. She successfully launched the Leeds Jewish Community website offering a communal diary which collates events across various organisations, as well as a community Facebook group which remains active with over 2,000 members.

After having worked on her own for a time, Susie felt the role had reached a stage which forced her to reach out: “In terms of collaborating with other groups, my job was very solitary ­– but in many ways, this had benefits. When I decided on something, I could set things up without requiring outside permission and just get on with it. Then suddenly, I got to a point where I’d done as much as I thought I could do on my own.I’d hit a wall and just couldn’t see where to take the position from there.”

Struggling to redefine her role, Susie reached out to the American Jewish Joint Distribution Committee (JDC), a Jewish relief organisation, with global arms such as Leatid: “We asked the JDC to come in have a look at the work we’d done and see if they could make any recommendations for the future. It just so happened that it was working on a pilot to help build resilient communities. It had already put the pilot out to Athens, Rome and Strasbourg and after looking at the challenges Leeds faced, it felt it completely fitted with this pilot so we became part of its European resilience project, which meant a budget and a plan. Its strategy looked at addressing leadership, coordination, crisis planning, engagement, economic stability and once again, communication.”

Down to a Fine Art: Interview with Danny Cohen

Operating as an umbrella organisation, the LJRC works with over 50 groups in Leeds alone, boasting around 8,000 members. Despite sharing the same interests at their core, each group operated in a silo and Susie felt that taking steps to promote communication to better align their work was a necessary intervention on the part of the LJRC: “Our community is based on these organisations, but they all have their own agenda even though they’re serving the same audience. This is how a lot of communities work ­– organisations undoubtedly have huge gaps and overlaps, yet because they don’t work together, huge inefficiencies go unchecked. It can work, but it’s just trying to get them all to work together, especially when it comes to communication and crisis training. There’s no sense in people doing it individually. If they’re all doing the same training course, it would cost a lot less.” 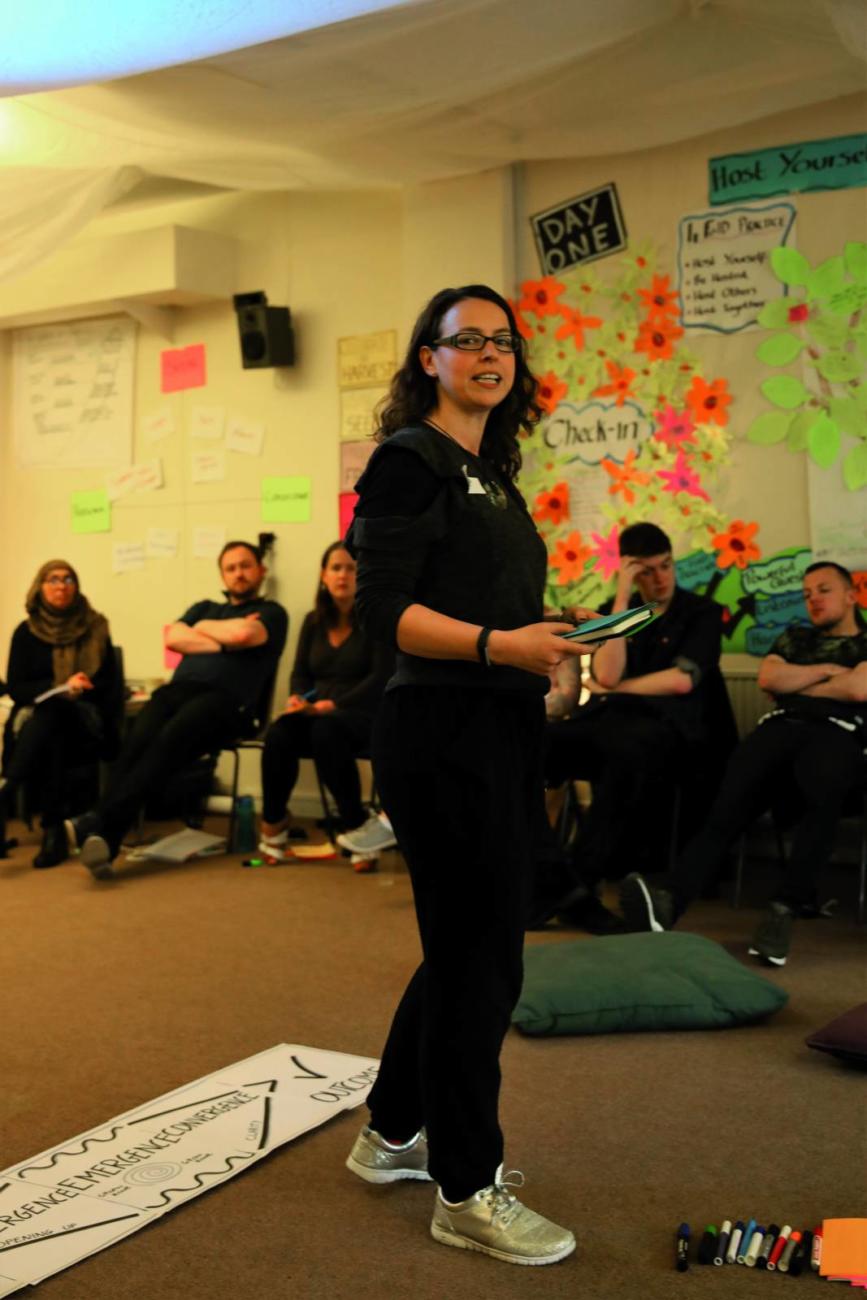 The role of the LJRC was shifting, leading to debate around its remit to bring these organisations together: “With everything I’d previously done having been off my own back without the need for these organisations approval, bringing these groups together seemed a daunting task, and we suddenly felt, who were we to do that? There was a bit of pushback from some organisations but holding our first meeting in April with lay heads of our organisations, we asked them what the role of the LJRC could be that might make us beneficial to their organisation. It came up with the same kind of ideas as the JDC: crisis planning, fostering communication, leadership, training and education. So they gave us a mandate in a way, agreeing this is what we should all be working towards. It’s not about being in charge, we’re not dictating or telling anyone what to do, it’s about understanding what people are able to do, and what challenges they face, and asking what tools we can provide and letting people know what already exists out there. This relies on harnessing the support of other organisations, so we’re keeping the dialogue going – if one group has a meeting it’s a case of cascading that down to everyone else.”

Tasked with delivering large scale change with a limited budget, Susie was forced to assess the LJRC’s strategy, shifting the focus from a top-down leadership approach, to one that leveraged the strengths of the entire community. Susie and her team currently offer coaching sessions to facilitate the work of these groups, often focused around leadership and communication: “The whole point of community is people. What’s coaching for? It’s all about people – helping others and trying to get the best out of them. We recently put on a course on the art of hosting, to get people more involved in meetings and being able to create a dialogue rather than a dumping ground. Instead of just turning up and presenting, we asked, how do you give all the intelligence in the room a voice?”

Through her connections with the JDC, Susie has networked with other organisations attending community development courses across Europe. One contact, Joshua Spinner, chief executive of the Louder Foundation happened to be piloting a new project, called Education for Impact and the LJRC is now set to work with him to make Leeds one of its pilots. This will operate in tandem with the LJRC’s own efforts to work closely with local Jewish education providers: “They’re two different projects but they fit together beautifully. If you’re looking at the future of the community – the youth are the future. And to make a sustainable Jewish community means looking at Jewish education, formal and informal. The nucleus of this is our Jewish schools.”

The LJRC are also keen to understand what people want more generally from their community, conscious of the need to tailor its support to foster change from within, rather than impose its own vision: “We began the Community Voices project looking at the needs of the people and asking them what kind of community do they want to live in? It’s about us providing a space to have that conversation, so they feel that they can have a say and be part of this, feeling supported in delivering what they want to do.”

Reaching out to people across the community, the LJRC are organising an all-day event for Chanukah on the 9th December, providing a rare opportunity for everyone to come together and look towards a shared future: “It’s a showcase to promote everything that currently happens – there’ll be celebration of achievements over the last year and then real deep thought into what else we can have. For the children, they’ll be kept busy with storytelling and rehearsals for a big performance later on. It’s going to be a really nourishing day ­– a chance for everybody just to be together.”

Finally, Susie makes it clear that it’s easy to overlook that a community depends on individuals to make it work: “It’s not the responsibility of one person or organisation to shape a strong collective future, it’s about every Jewish member of the community working to make that happen. We don’t want the dialogue to be behind closed doors. We want to give them a voice so they can have their say ­– not just leaving it to the organisations. We’re all part of it: the people, the organisations, everybody.”

To stay up to date with the latest from the LJRC, visit Ljrc.org.