Stepping up to the Plate

JLife spoke to Jacalyn Sank Da Costa, director of fundraising for the UJIA about her crucial role at the organisation and her biggest inspiration, her family.
Jacalyn Sank Da Costa has a very important job. As director of fundraising, she is responsible for the whole campaign of UJIA in London, Manchester, Leeds and Glasgow. Raising money and allocating it to projects in the UK and in Israel, projects can range from a new school building in the Galil, through to supporting bursaries for children on tour or yearly women’s mission. “It’s an honour to do the job,” says Jacalyn, “it can sometimes be challenging, but it is always exciting and I work with some amazing people. The biggest thrill is the amazing impact we have on young people’s lives in the UK and Israel.”
Before taking on this instrumental role in March 2017, she was the head of major gifts for over nine years, getting to know donors and fundraisers and understanding why they are so motivated to support Israel and projects that impact on the younger generation and on-going Jewish identity. Working with the various offices in the UK means liaising with UJIA’s regional director, Eldan Kaye and regional managers such as Alexa Harris for the North East. After organising her 11th London annual dinner for the organisation in 2018, an evening which included Theresa May, the prime minister, as its guest speaker, she then travelled north to attended its regional counterparts, as she does every year: “I always go to the regional dinners to support my colleagues and we were very lucky that all three of our offices were putting on dinners this year. As a visitor from London, I am always amazed how close the communities are in the regions and they really come as one.”
Her work on the annual dinner and with UJIA, dubbed a “wonderful organisation” by the PM, prompted No.10 Downing Street to invite her and a colleague for a private tour of the PM’s political base at the most famous address in London. “It was amazing and a real privilege,” revealed Jacalyn, “To have the opportunity to have a private tour and learn so much about British history at the PM’s home and offices, it was incredible. It is a Tardis, it definitely looks smaller from the outside! And we saw Larry the cat too!”
A charity in the modern world has to reinforce its importance to contemporary charitable givers, and speaking of how UJIA adapts, Jacalyn recognises the fine balance that needs to be struck: “The Jewish community is changing constantly so any Jewish charity has to evolve and ensure that it is meeting the 21st century needs of the community, none more so than us.”
For me…I am always facing new challenges and I can definitely never rest on my laurels. The changing landscape of Israel and what young people want and what that means for the diaspora, ensures that when we are giving a message or talking about UJIA, one has to be malleable to meet the changing needs of the community in Israel.”
Therefore, Jacalyn is keen to praise the team up and down the country who are also working for the same vital cause: “I am in charge of the strategy for the campaign I work very closely with our lay leadership and the chair, the chief exec and all my colleagues in the senior team. There is no way that anyone could do this job without having an incredible team to work with and be supported by.”
“I am very privileged to work with some incredible lay leadership and one of our trustees, Karen Goodkind has been instrumental in relaunching women’s philanthropy in UJIA and sees that as a mission for the whole Jewish community.” 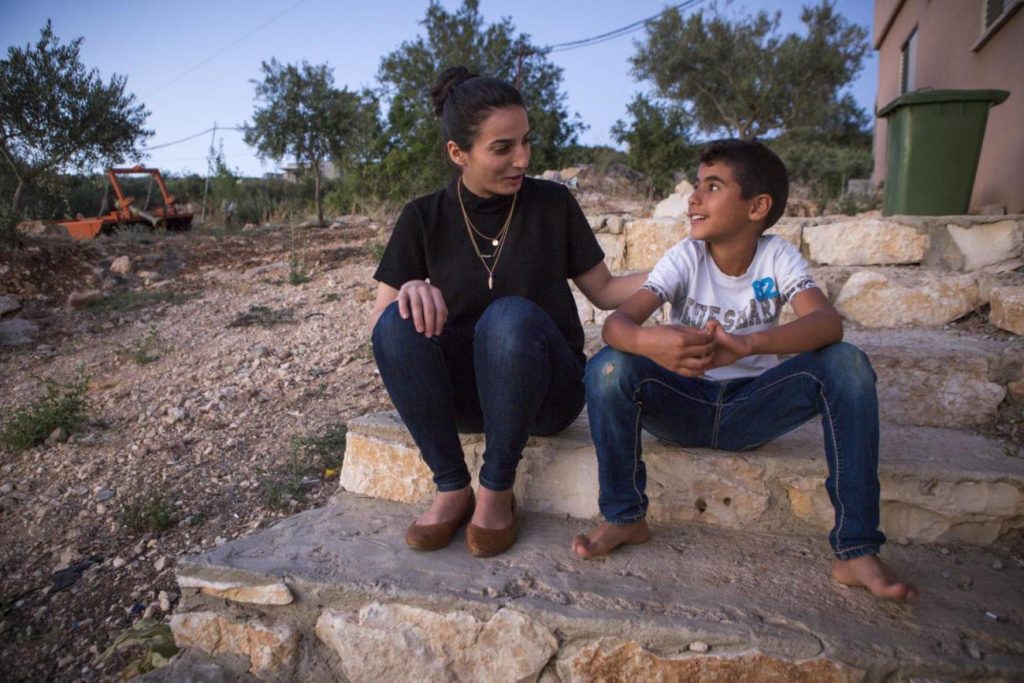 Inspired by this timely opportunity to inspire Jewish women to be actively involved in UJIA fundraising and activity, Jacalyn has also become an impassioned advocate of the Lion of Judah UK movement. Jacalyn explains more: “[It is] a campaign for women about female engagement and about taking responsibility and empowerment, as well as philanthropy…Lion of Judah is for women to give a significant gift in their name and as a collective choose where a percentage of the money goes to. I became a Lion of Judah member myself partly because I believe in it but also because I wanted to lead by example and didn’t want to just talk about it.”
“In line with everything that is going on in the world, whether it is gender equality or female empowerment, philanthropy needs to grow too. If we are about young people and engaging with Israel and ensuring that there is a Jewish future, we have to look at all areas. We still see ourselves as a vital charity because it’s about our children’s futures and everyone is a stakeholder in that: women and men.”
The principals that she lives and works by are clear to see, and cites her passion and the opportunity to build up amazing relationships with donors, stakeholders and people she works with as major driving forces in her career: “I am absolutely passionate about the cause and doing whatever we can to support our British community and maintaining a strong connection to Israel and growing Israel for all its citizens.”
But there’s no doubting that it’s from her family and the people she encounters through UJIA that she gets the energy and motivation to carry out this vital role: “My family and my husband Richard are a huge supporter of everything I do. I have a son, Sam, who made aliya when he was 18 and he is a complete inspiration for me. Work is so connected to my family as a big part of my heart is in Israel.”
“A stand-out moment is when I meet the beneficiaries, including recently at a project called Youth Futures and when I meet the children who come back from tour at the airport. They are so inspirational…even though there are thousands of people benefitting, it’s always the individual stories that inspire me.”