Paul Berman MBE tells JLife’s Holly Thackeray all about working for a charity, being named in the New Year’s Honours list and inventing games for cats.

Spring is almost upon us when I chat to Paul Berman, which means his Investiture on 6th March, the day he is set to receive his Most Excellent Order of the British Empire (MBE) medal from a member of the royal family, is fast approaching.

Being included on the New Year’s Honours list seems like an ideal way to start 2018, but Paul, who is the chairman of trustees at Wargrave House School in Merseyside, is suitably modest about the achievement and its effect on his daily life. “I’ve just written my chairman’s statement for Wargrave House’s annual report. I did sign that Paul Berman MBE,” he admits, “but other than that I don’t want it to look as if I’m showing off. In Didsbury, word seems to have gotten around – one or two people have come up to me in the street and said ‘congratulations’.

“It’s difficult to tell people about it because, if you ask somebody what they got for Christmas and they say: ‘oh I got a Fitbit, what about you?’, and you respond: ‘an MBE’– it does look as if you’re bragging.”

Paul, who is set to receive his award ‘For Services to Children with Special Educational Needs and Disabilities’, has been involved with Wargrave House, which provides education and a specialist environment for young people with Autistic Spectrum Disorder, since the early 1970s. The school has a special family connection for Paul, who previously worked in teaching and publishing, as it was his mother, Bessie who originally founded the school and became its first principal. 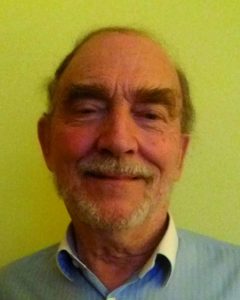 Expanding on what his role as a trustee entails, Paul explains: “It means you are a director of the company, Wargrave House Ltd. As a registered charity, it owns and operates the school. The trustees meet every few weeks to deal with all the aspects of running the company. We must keep it safe, legal and solvent and that’s how we’ve gotten to be the size that we are.”

Running a company as a charity and a business is not without its challenges, but Paul says that balance is achieved by being “cautiously entrepreneurial”. He states of the school’s development: “We’ve got more buildings, services and staff. So we’re entrepreneurial in the sense that we’re always moving forward and developing. But it has to be very cautious because you can’t put at risk all those young people and their families when you’ve said you will do your best to maximise their life opportunities. So you can’t take the risks that you might do in a purely commercial company.”

“The school’s purpose is to help people – students and their parents and families, as well as staff,” continues Paul, “if you can do a good job for all those people then that’s what I think charities should be aiming to do. ”

Born in Rugby and raised in Southport, but now very much from Didsbury after 40 years living in the suburb, Paul’s family history perhaps partly explains his entrepreneurial spirit. He says of his grandparents: “They were from Jewish families. They weren’t synagogue attenders but they were Jewish by race. My grandfather, Leo Berman was from Latvia, and my grandmother, Sarah Youdin was born in Belarus but grew up in Ukraine and qualified as a doctor in Switzerland. They both emigrated to the US separately around 1900, and then met and married and my father was born, before they came to the UK in 1915.”

“My grandfather was a businessman,” adds Paul, “and he saw more opportunity in the US. In the 1900s a lot of restrictions were placed on Jewish people in Europe, so for a lot of emigrants it was the land of opportunity and having a Jewish name didn’t matter.”

In addition to working with the Wargrave House family, self-confessed animal lover Paul also keeps himself busy with an intriguing side project; the promotion of his recently re-published book, ‘Cleo and Twirly present: Games to Play with your Cat’. But this isn’t the first time the Didsbury-based writer has dipped his toes in literary waters, as he says: “I’ve written three books on airbrushing under the pen name of Andy Charlesworth. And I’m co-author of Games to Play with your Cat [with Roger Markman] under my own name. It’s light-hearted, full of anecdotes and humorous asides, and also beautifully illustrated.”

But how did the op-purr-tunity to write a book about feline fun arise? “For my co-author and I it was just a chance conversation,” continues Paul, “we came up with the title and wrote a book around it. We thought of the games and tried them out with our own cats.”

The book features a range of ideas and instructions for games aimed at keeping cats happy and healthy. Paul explains that he “had to think about how to fill it because you can’t have rules, teams and scores.”

“But,” he continues, “the turning point came when we thought ‘what can we do with an egg box or ping pong ball?’ From then on the book moved ahead very nicely.” Will there be a sequel? “It’s very likely we will do another pet interest book. I think the publisher will be interested to hear about it.” Across the country, cats will have pricked up their ears in anticipation…

For more information on the book, visit Gamestoplaywithyourcat.com.