Skip to content
Leeds Community News  Is it a bagel? Is it a pizza? No…it’s a Bagelizza!
FacebookTwitterPinterestLinkedInTumblrRedditVKWhatsAppEmail

Now, foodies will no longer need to choose as the UK’s number one bagel brand, New York Bakery Co. has unveiled the ultimate mash-up that brings two giants of the culinary world together. Introducing the ‘Bagelizza’ – the UK’s first ever bagel and pizza mash-up inspired by the true taste of New York.

Is it a bagel? Is it a pizza? No…it’s a Bagelizza!

Boiled and baked the New York way, the 12-inch bake is made by hand by the expert bakers at New York Bakery Co. Each bagel weighs in at an impressive 1.5kg, which is more than 16 times heavier than the average bagel. Itgets sliced in half to form the base. Then comes the toppings. Made in partnership with the pizza professionals at Mulberry Street Pizza, London’s only authentic New York Pizzeria, the ‘Bagelizza’ is inspired by the flavours of the ‘Reuben’ – a classic in the delis of New York.

Laden with lashings of 21-day-aged grass-fed brisket, the cured pastrami sits on top of a bed of sauerkraut, shavings of swiss cheese and finished off with a drizzle of Russian dressing – all sitting on top of the restaurant’s signature marinara sauce and 300g of mozzarella. Enjoyed either as a solitary meal or shared between friends and family, the deep dish can serve up to EIGHT people. 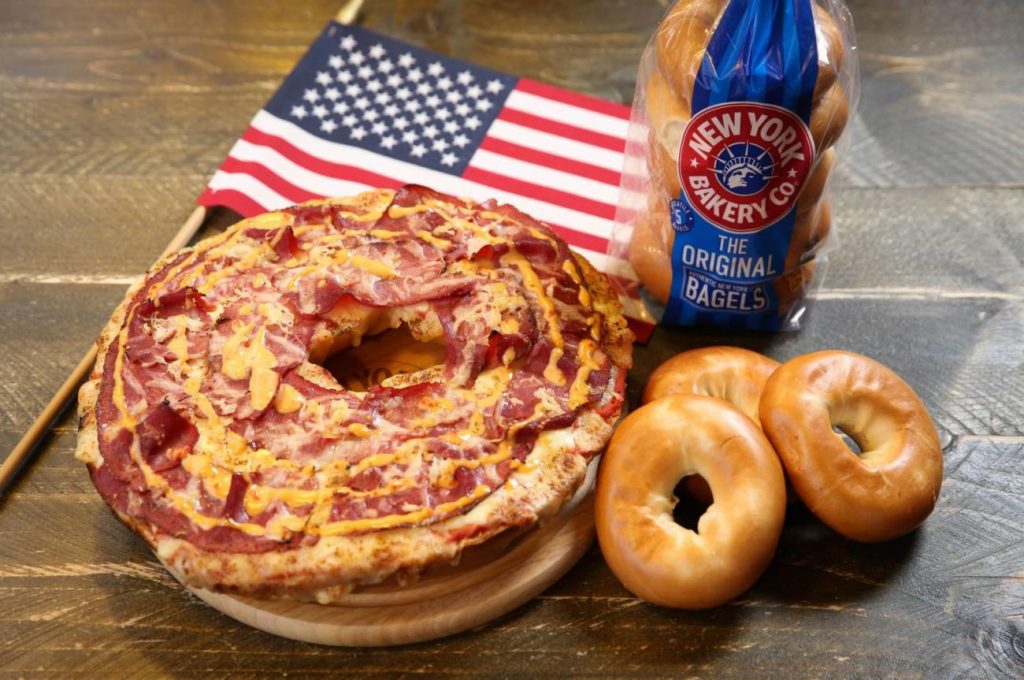 “The ‘Bagelizza’ has the same authentic chew of our boil-and-bake bagels and is loaded with the very best New York flavours, it’s the perfect way to celebrate National Bagel Day and National Pizza Day.”

Seb Eshraghi, Owner of Mulberry Street Pizzeria – known for its famous fans such as Dwayne ‘The Rock’ Johnson, commented on the partnership: “We’re excited to work with the bagel experts at New York Bakery Co. We share a mutual passion for the culinary culture of the Big Apple and hope to ignite the same appetite here in the UK.”

What’s on in Manchester this February?
A Play for Sidney
Related posts
Leeds Community News