Skip to content
Features-Manchester  Summer In The City
FacebookTwitterPinterestLinkedInTumblrRedditVKWhatsAppEmail

As the school summer holidays draw closer, JLife hand picks five fun family activities to get involved with over the break. 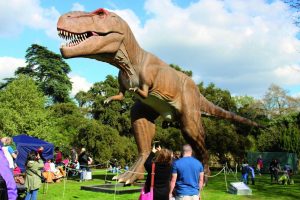 Jurassic Kingdom: Where Dinosaurs Come to Life is the first outdoor replica dinosaur exhibition of its kind in the UK. The display features around 30 installations of life-like dinos, including popular picks such as the Tyrannosaurus Rex and Triceratops. Some of the replicas include animatronic moving parts and roar, while the accompanying information is supplied and reviewed by Dean R. Lomax, a honorary visiting scientist at the University of Manchester and renowned palaeontologist.

Summer In The City

Aside from the displays, children can dig up dinosaur ‘bones’ as part of an excavation, journey back in time to the Jurassic period via virtual reality and visit an education marquee to watch BBC-produced documentaries.
Philips Park until 23rd July.

Right Side Of The Tracks 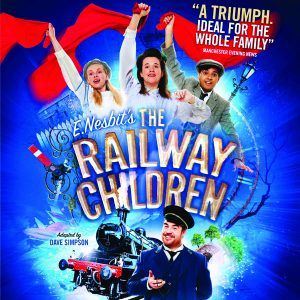 The classic and beloved children’s adventure novel The Railway Children, written by Edith Nesbit, returns to the stage at The Lowry theatre in a brand new production suitable for all ages. The famous tale follows the fortunes of Edwardian siblings Roberta, Peter and Phyllis as they are forced to move from their luxurious London home into a house near a railway in Yorkshire, following the mysterious disappearance of their father.
The Lowry from 25th to 30th July. 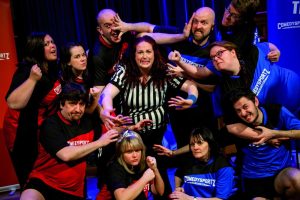 Improvisation is the name of the game in ComedySportz at Waterside Arts Centre, a show that pits two teams against each other to fight for laughs. The players whip up quick-witted sketches, scenes and songs from audience suggestions, with a referee on hand to call foul, while viewers also decide the winner. Suitable for ages eight and above, the live performances from this comedy troupe are designed to elicit giggles from the whole family.
Waterside Arts Centre on 29th July.

Welcome To The Jungle 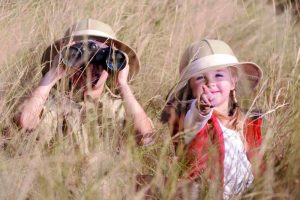 Encourage the kids to don their jungle boots as Bury Transport Museum presents Theatre At The Museum – The Jungle Book, bringing Rudyard Kipling’s most popular novel to life. Enjoy the story of Mowgli, the man cub’s adventures with his animal pals, in a production that takes the audience on a journey of song, dance, puppetry and how to avoid being hypnotised by a snake at the museum.
Bury Transport Museum from 18th to 20th August. 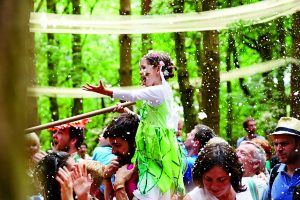