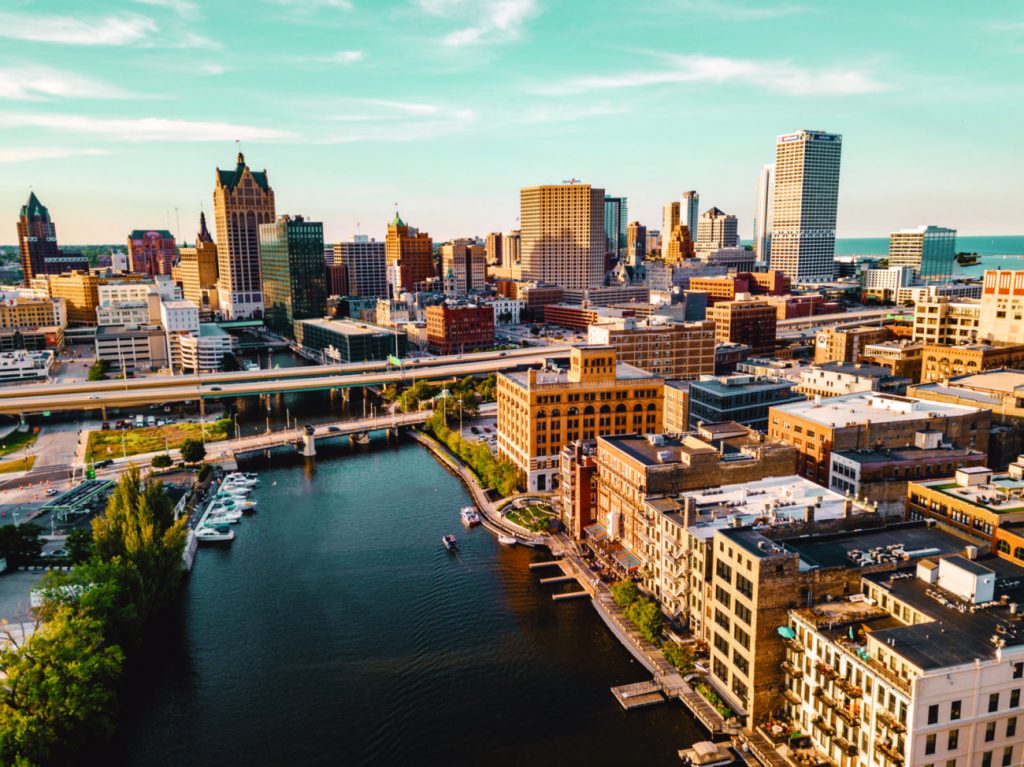 According to Airbnb’s list of the top 20 destinations of 2020, Milwaukee, in the US state of Wisconsin topped the list. With a recorded 729% increase in bookings, Milwaukee, is benefitting from a resurgence, thanks to its world-famous breweries and baseball teams and is finally coming out from the behind the shadow of its nearest big city, Chicago. Given its booming increase in bookings, Milwaukee seems like a safe bet for our travel trends prediction!

Home to one of the biggest German populations in the US, as well as Eastern European Jews due to immigration in the late 1800s, it’s a mixed vibe in this relatively small city, flush with new bars and restaurants to cater to the influx of tourists to the industrial hub. Visitors flock to Bradford Beach to enjoy the freshwater surf, as well as hitting the world’s largest music festival, Summerfest, the city near to Lake Michigan is a must-see.

The Way to Galway

Labelled as ‘brilliantly bohemian’ by Lonely Planet, Galway City in Ireland is primed for visitors thanks to its new role as a 2020 European Capital of Culture. The diary of events is packed, with live and digital art as well as world class music, theatre and dance available to enjoy all year long, starting on 1st February.

Famed for its buskers – they’ll give Ed Sheeran a real run for his money – tourists and locals alike are encouraged to line the streets and settle into the brightly painted pubs to enjoy the performances. The western county is famed for far more than just its knack for live music though. It also marks the halfway point of the Wild Atlantic Way, the coastal trail that covers the whole of the west of the isle – a sensational journey of soaring cliffs and buzzing towns and cities, hidden beaches and epic bays.

Great food, dramatic coastlines and the ever-present sound of bagpipes. No, not Scotland, but another Celtic land, Galicia in northern Spain. Galicia has a number of historic cities, which are well worth a visit, but the star is undoubtedly Santiago de Compostela which for centuries has been one of Europe’s main pilgrimage destinations. Another city to visit is La Coruna, which is situated on a beautiful sandy bay and home to the 2,000 year-old Roman lighthouse, Hercules Tower.

As you travel, you’ll repeatedly run into reminders of Galicia’s unique cultural identity: the sound of bagpipes, the wayside cruceiros­ – ‘carved-stone crosses’, the castro fort-villages of Galicians’ Celtic ancestors.

Squeezed majestically between the blue waters of the Pacific and the forest-clad mountaintops of the North Shore – Vancouver in Canada is, among other things, the birthplace of Greenpeace. The green credentials will continue into 2020, helping solidify Vancouver’s place on our top travel trends list, as the benefits of its longstanding Greenest City 2020 Action Plan will only enrich your stay.

Take to its vastly expanded cycling and walking network, including an unforgettable 28km section along beaches and shorefront, and comfortably hop between the city’s many sights on an upgraded public transport system. Or simply catch some shade under one of the 102,000 new trees that have been planted since 2010.

Following a 24% increase in tourism from the UK in 2019, the Azerbaijan Tourism Board is gearing up for another year of growth in 2020. Events like Formula 1, which will return to Baku for the third year running with the capital’s streets transformed into a world-class course, and some of Euro 2020s games being played in the country, this seemingly unlikely destination is getting set to welcome visitors from around the world.

Azerbaijan is supported by a rich history that dates back five millennia and a composite culture that has evolved with the passing through of travellers along the Great Silk Road. The board is also reportedly keen to promote the location’s connections to Jewish history too, with new packages to offer the opportunity to experience the Jewish heritage of the country.

According to the writer Samuel Usques, Thessaloniki in northern Greece was “the metropolis of Israel, the city of justice, the mother of Israel, same as Jerusalem itself”. Before Second World War, there were 56,000 Jews living there.

It now remains a vibrant, lively city, and has achieved something of a renaissance following the award-winning redevelopment of its waterfront. This area of Greece is ancient Macedonia, birthplace to Alexander the Great and the auspicious heritage is spectacularly evident in the incredibly preserved UNESCO World Heritage Sites of Philippi and Vergina. For those looking for sun, sea and sand should head to the three-pronged peninsulas of Halkidiki, which has some of the best beaches in Greece’s second city.

Tens of thousands of sports fans joined the millions of tourists heading to Japan as the country hosted the Rugby World Cup (better luck next time, England!). Despite devastating typhoons, they put on an amazing tournament and tourists and home fans alike bonded over the brutal game.

Already well served by incredibly efficient, state-of-the-art bullet trains, travel will be even easier as British Airways announced it would launch direct flights to Kansai airport near Osaka from spring 2019, no doubt capitalising on the world’s fascination with this unique country. As far as travel trends go, we predict that tourism is only set to grow in the city!

The capital Tokyo, mixes the ultra-modern with cutting edge design, fashion and architecture, with the ancient legacy of thousands of years of Japanese tradition and culture. Japan also has plenty of ski resorts, with the most popular located in Hokkaido – here you can visit resorts such as Sapporo, Niseko or Furano for amazing dry powder slopes.