A typical stag do used to be nothing more complicated than a few pints down the pub with your best mates, while a classic hen involved little more than an afternoon at a beauty salon with the girls. In recent years, expectations from couples have skyrocketed, with increasingly heavy responsibility placed on the chief bridesmaid or best man’s shoulders to arrange an Instagram-worthy event. In this article, we cover some of the top travel trends for stag and hen dos!

Now, pre-wedding celebrations often entail several nights away, with trips abroad increasingly common – recent ABTA figures showing as many as 1.3 million pre-wedding events are held overseas annually. According to search analysis from Hitwise, the last three years have seen a 200% rise in searches for “stag do abroad” and data from GoHen points to Barcelona as the most popular international destination for both stags and hens. Timing getaways to coincide with a city’s major festive event, such as St Patrick’s Day in Dublin, Oktoberfest in Munich and Gay Pride in Amsterdam has also proved popular.

As for activities, women were found to favour spa weekends and cookery and cocktail-masterclasses; while experiential activities such as cycling tours proved most popular with the fellas.

Last Stop on the Booze Cruise

Alcohol-fuelled nights filled with cheap nightclubs are falling out of fashion, as brides and grooms-to-be punt for more sophisticated and adventurous experiences in increasingly far-flung locations.

Chilli Sauce, one of the UK’s largest stag companies reports that barely a third of its bookings now involve alcohol or strip clubs, down from a decade ago. “Of the activities that are related to alcohol, pub crawls are still popular, but more in-depth activities, such as distillery tours or wine tasting, are appearing more and more,” said Lauren Troughton, company spokesperson.

According to ONS stats, the average age for men to marry for the first time is at an all-time high of 33 and women 31 – a major rise from the baby boomer generation tying the knot in their mid-20s. The fact that millennials are drinking 40% less than their parents and one-in-five are teetotal, could go a long way to explaining changing tastes for pre-wedding fun.

Money is No Object

A major YouGov poll of 2,000 UK adults found that the average pre-wedding bash abroad leaves Brits £998 out of pocket, with blokes prepared to splash more than twice the cash on a stag, (averaging £400!) than their female counterparts on a hen. It’s clear guys and girls want more for their money than a hangover and an embarrassing tale to tell.

European party hotspots are casting off their reputation for cheap booze and marauding bands of lads in skirts and girls wielding saucy inflatables to offer more civilised, experiential and inevitably more expensive getaways. 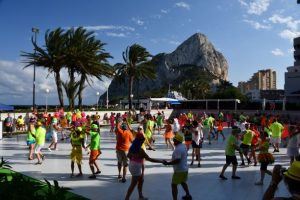 For Him – Stag Do Travel Trends

You might want to go easy on the sangria, but a hoard of stampeding bulls coming up the rear should be enough to sober up any stag. Make sure your shoelaces are tied as you run with the bulls through the Gothic streets of the Spanish city of Pamplona at the annual week-long summer festival of San Fermin.

When not on the run from the local bovine population, join hundreds of merrymakers on the colourful cultural parades, before enjoying a traditional tapas fare washed down with a bottle of the finest Tempranillo the region has to offer.

Best Events and Ideas this Mother’s Day in Leeds

Winter Home Style: Back in Black

The city of spas, the Hungarian capital of Budapest is famed for its hot springs. However less well known is the sprawling network of underground limestone caves they’ve formed over millennia. Caving Under Budapest runs intense half-day group tours of the Pál-völgyi, Hungary’s longest, most challenging collection of caves.

You’ll have to climb walls and crawl through narrow passages to explore its 30km of multi-level labyrinthine tunnels, in a physically challenging team effort you and the lads will be talking about for years to come.

Dive into the world of deep sea fishing off the white sandy coves of southern Portugal – just watch your tackle, as there be monsters down there!

Commission a shark fishing charter, and you and the boys could be grappling all manner of Algarve sea life, from hammerhead sharks to giant eel. Local companies offer days on the water which are ambitious yet well within the grasp of newbie anglers, offering their expertise while rustling up a traditional Faro barbecue with your prize catches on the coals.

For Her – Hen Party Travel Trends 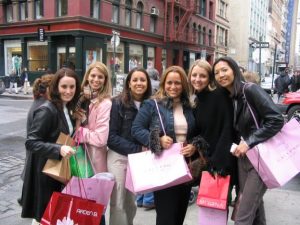 Word on the Grapevine

A must-visit destination for wine pilgrims across the globe, the Parisian wine mecca of O Chateau gives thegirls a chance to sample the finer things in life.

Indulge in two of France’s finest exports, wine and cheese, on its range of private sommelier-guided tasting experiences. Sip champagne while cruising down the River Seine past some of the city’s most iconic monuments, or head to the source and explore some of the region’s finest Champagne houses in the stunning French
countryside.

Dance the Night Away

Salsa Splash Spain gives you more from your hen than a sore head. These high energy dance workshops on the south-eastern Spanish coastal resort of Costa Blanca offer an unforgettable opportunity to learn the steps from passionate dance professionals by day and show off your skills at the local salsa clubs by night.

The experiences are hosted in the elegant four-star hotels of Levante Beach, where you can kick off your dancing shoes and sip sangria by the swimming pools and terrace bars.

Top of the Shops

Forget fighting the department store crowds on Fifth Avenue and splash out on a private shopping tour exploring the Big Apple’s hidden gems. Tour operators such as Shop Gotham will tailor the experience to whatever takes your hen’s fancy, whether that’s off-the-wall antiques in Chelsea village or vintage clothing in the trendy  Lower East Side.

Enjoy the celebrity treatment as the party is ferried around in a limo, with stops for lunch, cocktails, or even a meet-and-greet with the city’s leading designers.

Have a funny, touching, or embarrassing stag or hen story to tell? Drop us a line at james@nutsforprint.co.uk and we’ll print your experiences in a future magazine!