Dubbed the ‘happiest town in the UK’, the residents of Harrogate have plenty to smile about. As quality eateries pile up the awards, new retailers open their doors, and local institutions old and new are set for big changes, we have the lowdown on what you can expect on a festive visit.

Our pick of the town’s festive events…

Knaresborough Christmas Market
Knaresborough market square and the surrounding streets are set to overflow with festive delights across the weekend of 1st and 2nd December. Its traditional Yorkshire Christmas Market will see local food and drink stalls sell seasonal wares with entertainment from brass bands, Morris dancers, choirs, and a grand firework finale.

Handel’s Messiah
On 8th December, Harrogate Choral Society will be celebrating its 70th anniversary at the Royal Hall with a performance of one of the most famous pieces of music ever written, Handel’s Messiah.

Jack and the Beanstalk
Everyone’s favourite festive pantomime is back at Harrogate Theatre from 28th November 2018 to 20th January. This classic tale combines spectacular scenery, jokes galore, with a sprinkle of festive magic. From the 27th December to 3rd January take a peek behind the curtain of Harrogate Theatre and see for yourself how the magic happens in a special backstage tour.

Winter Illuminations
Special lighting effects are set to bring a festive glow to the Harlow Carr gardens. As the sun sets, its stunning collection of seasonal trees and shrubs will be suffused in colourful, twinkling lights. Take a stroll through the Royal Horticultural Society’s 58 acres of beautifully landscaped grounds and see the Winter Walk, Queen Mother’s Lake, Streamside, the Doric columns and Alpine House in a whole new light. The trail will be illuminated on the evenings of Thursday through Saturday, from 4.30 – 8pm, so wrap up warm and bathe in the glow. 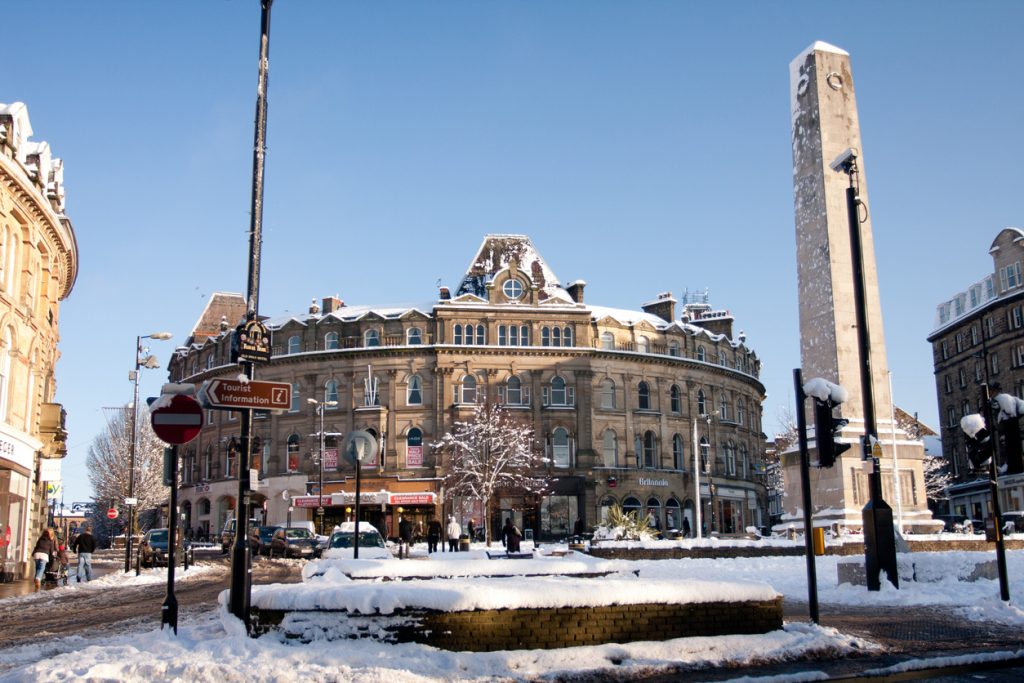 There are plenty of new restaurants and retailer announcements…

Next
Next has recently moved from its former James Street location to new larger premises in Victoria Shopping Centre. It will take over the units vacated by H&M and Thomas the Baker and contain a new café.

The British Gift Co
The founders behind The Great British Exchange have launched a pioneering demo store on Parliament Street. The British Gift Co will occupy the site of the former Exit Interiors for a three-month retail experiment over the festive months.

Manna Bakery
Manna Bakery on Cold Bath Road is looking to expand its retail premises to a café style eatery. The bakery specialises in fresh croissant and coffee for breakfast, salad, sandwich and sweet treats for lunch, as well as special event cakes.

Harrogate: So Near So Spa

FISK
In an effort to keep up with popular demand, local seafood favourite FISK has unveiled a sister branch to its Cold Bath Road restaurant. FISK Signature on Montpellier Mews will serve high-end champagne and gin alongside a broad wine list to complement a revitalised “city feel menu”. 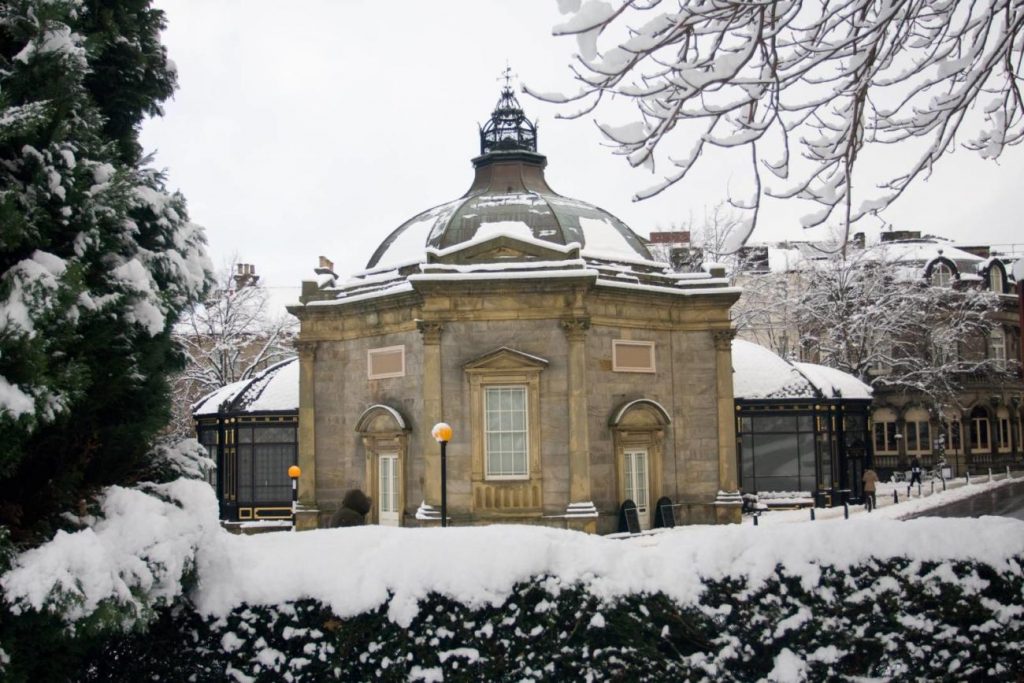 The latest talk of the town…

Turkish Bath Renovations
Over the summer, architects undertook a £300,000 restoration project to return the building to its former glory. The work has rescued original decorations from behind decades of stucco and modern plasterboard ceilings to reveal grand Islamic arches and elaborately painted vaulted ceilings. A bricked-off massage room has been brought back into use for traditional Turkish rub-downs while upgrades have been made in the existing spa, now boasting foot spas, a spa pool and a tiled aroma room.

AppyParking App
A £200,000 investment by AppyParking saw 600 surface-mounted Bluetooth sensors built into parking bays and car parks across the town centre, allowing shoppers from LS17 to view free spaces through its new smartphone app and pay only for each minute they are parked.

Food and Drink Awards
From the generations-old afternoon tea institution, Betty’s, to the contemporary fine dining of Sukhothai, Harrogate has no shortage of culinary delights. The best of the bunch were put in the spotlight as judges gathered for the Yorkshire Life Food & Drink Awards at Harrogate’s own Rudding Park.

The award for Bar of the Year was presented to local Italian favourite, Porco Rosso. The upmarket Italian boozer on The Ginnel won judges over with a well-curated wine list to complement its stoned baked Neapolitan pizza. The Cheeseboard also came up smelling of roses as judges bestowed it a special commendation in the Independent Retailer of the Year category. The Guardian has previously dubbed the Aladdin’s cave of cheese, famed for stocking well-over 200 different varieties: “Harrogate’s renowned dairy dazzler”.

Here’s what’s in the works for the year ahead…

Knaresborough Castle
Ten years in the pipeline, plans for a permanent performance pavilion within the grounds of Knaresborough Castle are being finalised. Working in conjunction with the Castle Lighting Project that aims to bathe the castle walls in coloured LED light, the addition of a performance pavilion will see the castle grounds become the home of weekly events.

Harrogate Town FC
Recently promoted Harrogate Town FC are preparing for life in the Football League after a strong start to the season. Planning permission for Wetherby Road to increase capacity from 3,000 to 4,000 has been granted, as well as a new two-storey clubhouse, seated terraces, an office building, classrooms to be used as community facilities and an improved floodlighting system.

Do Your Homework
All Night Long
Related posts
Features-Leeds