JLife curates a selection of some of the must-see shows in and around Leeds this autumn. 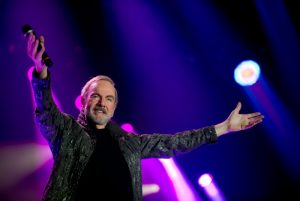 Diamond Life
Grammy Award winner and living legend Neil Diamond will be extending his 50th anniversary tour to visit the first direct arena on the 5th October. The music icon has helped shape the sound of popular music for five decades, and is sure to play all the hits, so get ready for that inevitable ‘Sweet Caroline’ sing-along in Leeds’ premier music venue.
Eventim.co.uk. 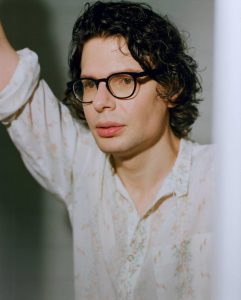 Simon Says
As part of the Harrogate Comedy Festival, much-admired comedian, TV presenter and filmmaker Simon Amstell will be bringing his fifth stand-up tour ‘What Is This?’ to Harrogate Theatre on 6th October.

Promising to be a deeply personal yet funny exploration of beauty, intimacy, freedom, sex and love, Simon’s penchant for intelligent, thought-provoking and sometimes provocative opinions have garnered sell-out crowds and plenty of awards since leaving his oft-remembered role as the presenter of TV’s music panel show, Never Mind the Buzzcocks.
Harrogatetheatre.co.uk

Strike Up The Band
Leeds Town Hall will be a grand venue to host the BBC Philharmonic orchestra on 14th October as they travel across the Pennines from their permanent home in Salford.

In a concert that will be recorded for BBC Radio 3, highlights will include Beethoven’s Symphony No. 1, Grieg’s Piano Concerto and Sibelius’ Symphony No. 5. For classical music enthusiasts, there will also be a bonus pre-concert talk to discuss the history of the evening’s showcased works.
Leeds.gov.uk

Brush Up on Grammar
London Grammar emerged in 2013 with the release of their critically acclaimed debut album, If You Wait, and quickly went on to becoming one of the breakthrough acts of recent times. The group will perform live in Leeds on 18th October to promote their sophomore album at Leeds O2 Academy.

As one-third of the musical outfit, guitarist Dan Rothman grew up in Mill Hill and attended JFS in North London. The trio met at university and went on to sell over 1.5 million albums worldwide, scoop an Ivor Novello Award for their hit single ‘Strong’ and get nominated for a BRIT Award.
Ticketmaster.co.uk 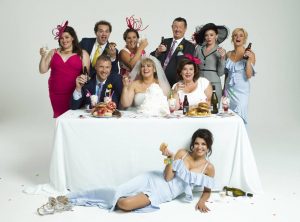 Singing the Scales
As revealed in JLife’s interview with Kay Mellor earlier this year, the hit TV show Fat Friends from award-winning creator of Band of Gold, The Syndicate and In the Club will be bursting onto the stage in a brand new musical.

In a new story, the infamous weight-loss group will be put through their Zumba paces at their local branch of Super Slimmers by the lovelorn Lauren, while Kelly fantasises about fitting in to the wedding dress of her dreams. 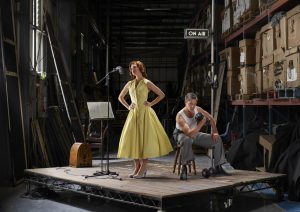 Tenor Trouble
Just around the corner from Leeds Grand Theatre, is Opera North, England’s premier opera company in the north. The opera season is well underway in the autumn, and once again, Opera North will be showcasing productions that challenge the perception of the art form, right in the heart of Leeds.

From 11th October until 17th November, musical theatre impresario Leonard Bernstein’s first opera Trouble in Tahiti will be staged at Leeds Grand Theatre. Set in 1950s suburbia, major characters Sam and Dinah appear to have the perfect life in their little white house. But their growing detachment exposes a mutual feeling that they are trapped in a life that has turned into a lie.

For lovers of opera as well as American jazz music, this short opera comes in at only 45 minutes, as part of The Little Greats short opera season at the theatre.
Operanorth.co.uk

Bidding For Success
David Conn speaks to JLife about new book, The Fall of the House of FIFA!
Related posts
Features-Leeds