The Holocaust Exhibition and Learning Centre is set to open its doors in Huddersfield with an exhibition of rare artefacts depicting the horrors of concentration camp existence.

Leeds Day Limmud will return in 2019! 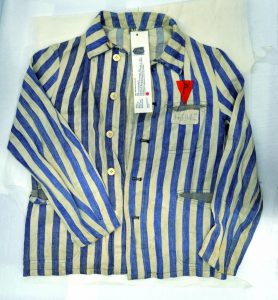 A uniform, a shoe, a bowl, a spoon: everyday items that encapsulate the daily life of Jewish men and women imprisoned during the Holocaust. These evocative artefacts will be on display at the new Holocaust Exhibition and Learning Centre opening in September at the University of Huddersfield along with documentary evidence of testimonies, photographs and recorded minutes of meetings in which the Nazis planned their ‘Final Solution’.

Emma King, director of the Holocaust Exhibition and Learning Centre, said: “It is amazing to have such precious and original artefacts from the camp settings on display here in Yorkshire for people to be able to actually see the reality of life in the camps.” She continued: “It was a deeply moving and emotional experience to see and touch these items which belonged to a human being who survived.”

Due to the work of the International Tracing Service, which documents Nazis victims, we now know the uniform belonged to Polish prisoner, Miecyslaw Kowalski. Born in September 1928, he was imprisoned in 1944 at Breslau and sent to Gross-Rosen concentration camp. He was transferred to Mittelbau-Dora on 12 February 1945 to work as a forced labourer, digging underground tunnels where the Germans were developing V1 and V2 rockets. After spending time in the camp hospital suffering from frostbite, he was liberated from Mittelbau-Dora by American troops in April 1945, aged just 16, before The Red Cross eventually repatriated him to Poland. 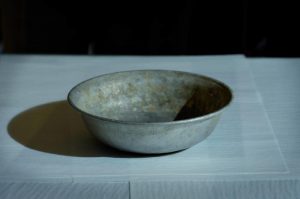 Lilian Black, chair of the Leeds-based Holocaust Survivors’ Friendship Association, has played an integral role in the conception of the exhibition centre, and is responsible for negotiating the loan of the objects on a recent visit to the memorial sites of former concentration camps Buchenwald and Mittelbau-Dora. Her late father Eugene, a Czech-born Jew who survived the Holocaust to build a new post-war life in England, was also a forced labourer at Mittelbau-Dora. He was sent to the camp after undergoing a selection process at Auschwitz-Birkenau, where most of his family were murdered.

Lilian said: “It has been a long journey in more ways than one as my father and other survivors were prisoners at these former concentration camps. But it is critical we preserve our legacy and make it accessible for future generations to know how thin the layers of civilisation are.”