Skip to content
Features-Manchester  All Play, No Work
FacebookTwitterPinterestLinkedInTumblrRedditVKWhatsAppEmail

JLife takes a look at some of the more unusual summer break activities for 2016. 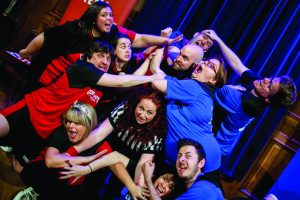 Just For Laughs
Whether you’re the class clown, the office joker or have a deaf ear for comedy, why not try Comedysportz UK? Founded in Manchester, ComedySportz UK is the top improvised comedy troupe in the North West of England. The show is an all ages, all-improvised show where two teams battle it out as players create quick-witted sketches, scenes and songs from whatever suggestions are thrown at them by the audience. Comedysportz UK will be putting on shows and workshops across Greater Manchester this summer.
Comedysportzuk.co.uk

Five Party Essentials for An Event at Home 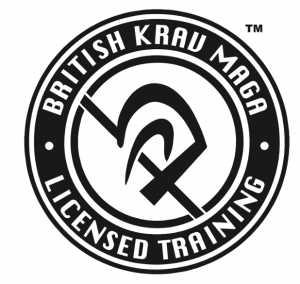 Getting Defensive
Krav Maga schools are popping up all over the place, no more so than in Manchester. Krav Maga Manchester is a nationally-recognised British Krav Maga training school in Salford. Train with fully-qualified instructor, Dean Saitch, and learn more about the hand-to-hand combat system of the Israeli military. Simple and straightforward, trainees of all ages can learn practical self-protection skills.
Manchesterkravmaga.co.uk 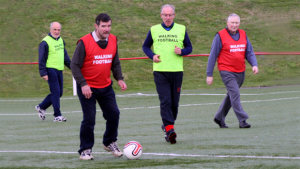 Walking to Victory
Inspired by the events of Euro 2016, but no longer have the energy to commit to the rigors of a 90-minute kick about? Walking football is the solution. This is a slower version of the beautiful game. The rules are simple: no running, one foot must be on the ground at all times and no contact – so no dirty tackling! You’re never too old to get involved and walking football teams usually welcome players of all ages.
Manchestermaccabi.org.uk

Fake That
Despite the weather, there is probably a music festival for every weekend of the summer. If you don’t feel like braving the mud at Glastonbury then Festwich 2016 might be the perfect place for you. Where else can you see the likes of AC/DC, Daft Punk, Coldplay, Muse and Red Hot Chili Peppers for free? The catch: they’re all tribute acts. Festwich is the UK’s biggest free tribute act festival and will be taking place on 30th and 31st July in St. Mary’s Park, Prestwich.
Festwich.com 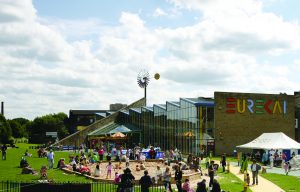 Child Genius
Visit Eureka! The National Children’s Museum this summer for a boredom-busting festival of fun, science, performance and play featuring more than 30 performers and acts booked across 44 days! From 23rd  July – 4th September Eureka! will open daily with a packed programme of activities perfect for families with children aged 0-11. Highlights include regular visits from storytellers, explosive science with Professor Pumpernickel and Destination Space celebrating Tim Peake’s mission in space, plus much more.
Eureka.org.uk

Giving Thanks
You Can Suntan
Related posts
Features-Manchester